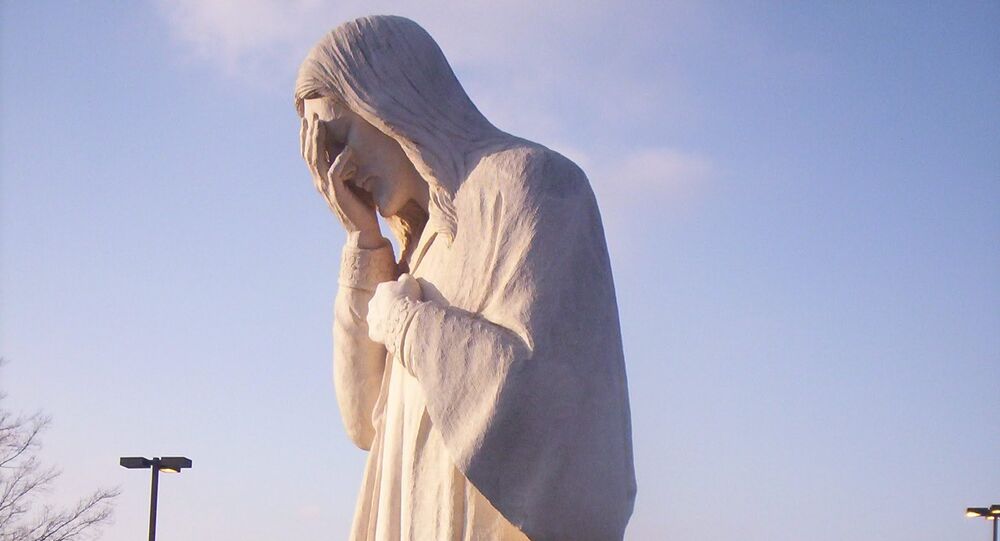 A Republican lawmaker has been accused of "weaponising" Jesus after her fervent prayer during a swearing-in ceremony of a Muslim Rep. in the Pennsylvania House of Representatives.

Republican Rep. Stephanie Borowicz called on Jesus at least 13 times and asked for "forgiveness" just moments before Rep. Movita Johnson-Harrell, the first female Muslim member of the Pennsylvania House of Representatives, was sworn in on Monday.

“God forgive us — Jesus — we’ve lost sight of you, we’ve forgotten you, God, in our country, and we’re asking you to forgive us. I claim all these things in the powerful, mighty name of Jesus, the one who, at the name of Jesus, every knee will bow, and every tongue will confess, Jesus, that you are Lord, in Jesus’ name", Borowicz said, at one point even quoting a verse from the Bible that says that God’s followers should "turn from their wicked ways".

Aside from mentioning Jesus 13 times, Borowicz praised "God", "Lord", "The Great I Am" and "the one who’s coming back again, the one who came, died and rose again on the third day"; the lawmaker also heaped praise on President Donald Trump for standing up for Israel.

Halfway through the prayer, some lawmakers grew uncomfortable as they glanced up at Borowicz to see if she was done.

Johnson-Harrel later said that she was offended by the prayer and slammed Borowicz for using "Jesus as a weapon".

"It blatantly represented the Islamaphobia that exists among some leaders", Johnson-Harrell, who later called for the General Assembly to censure Borowicz, told the Pennsylvania Capital-Star on Monday.

The newly-minted lawmaker further said that she respected everyone's right to laud the president, but "we cannot weaponise what's going on with Israel and Palestine".

"It was directly a political statement, and I think we need to be very, very clear that everybody in this House matters, whether they're Christian, Muslim or Jew, and that we cannot use these issues to tear each other down. And not only that, it was made during my swearing in", Johnson-Harrell said.

Borowicz defended her remarks, saying, "that's how I pray every day… I don't apologise ever for praying".

The incident set off an avalanche of reactions on social media, with many joining the growing chorus of criticism of Borowicz:

Prayer should never be weaponized, especially on a celebratory day for @RepMovita as she’s sworn in as the 1st Muslim woman to serve in the #PAHouse. This prayer was deeply disrespectful and meant to intimidate Movita & her family. We won’t stay silent on what matters! #LoveWins pic.twitter.com/V7vIepG2Da

Not sure what is more offensive, that the representative doesn't know the difference between her church and the people's government, or that she was doing this as an attack on another women being sworn in because she prays differently and wears a hijab.

This State Rep. is a bundle of fear and ignorance. I feel sorry for her and the people who voted to put her in office. There is a very good reason why the separation of Church and State is enshrined in the Constitution.

Remember her name and vote her out!

Stephanie Borowicz wasn’t praying. She was grandstanding, and sending a message laced with hate to @movitajh. I’m a proud Jewish-American, and I’m disgusted by her.

PS — Literally no Israeli will ever “confess that Jesus is their Lord” so tell her to get a grip, @PAHouseGOP. 🙄 https://t.co/qRVKrDyJBc

​Earlier this month, Johnson-Harrell won a special election to fill a seat vacated following the resignation of Democratic Rep. Vanessa Lowery Brown, who had been re-elected in November after being convicted of bribery.