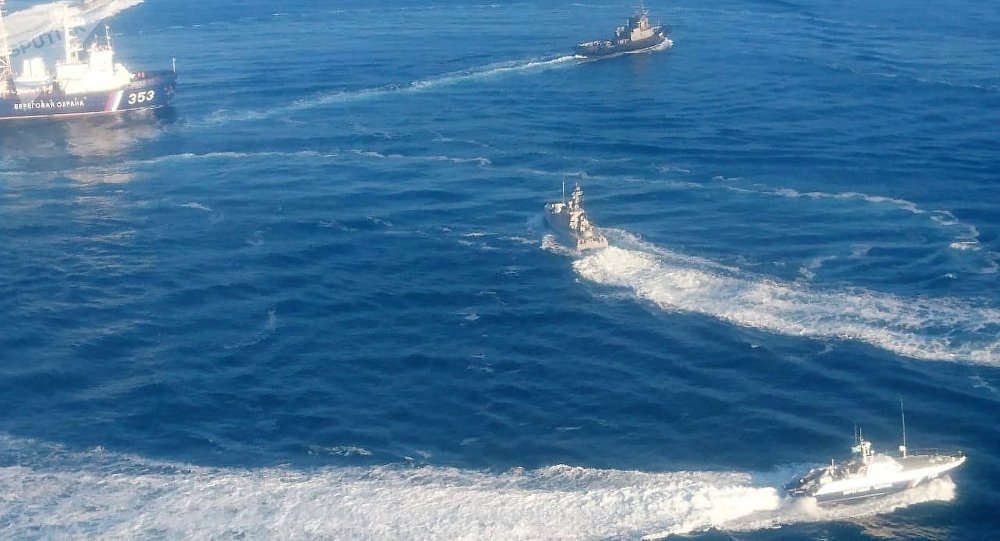 The last expansion of anti-Russia sanctions by the US occurred in January 2018, when 21 individuals and 12 entities were added to the sanctions list.

The US has imposed sanctions targeting 6 Russian nationals, including Board Guard Service Deputy Director Medvedev, the notice from Treasury's Office of Foreign Assets Control stated on Friday. At the same time, new sanctions have been imposed on 8 enterprises for their alleged role in the Ukrainian crisis.

According to the US State Department, Washington's new set of restrictions have been introduced in coordination with the European Union and Canada.

READ MORE: Russia Not Pleased by Difficulties in Relations With US — Lavrov (VIDEO)

Commenting on the reason behind the fresh sanctions introduction, the State Department referred to last year's Kerch Strait incident.

Later in the day, the Canadian Ministry of Foreign Affairs said in a press release that Canada has also imposed its new sanctions targeting more than 100 Russian individuals and 15 entities in response to the Kerch Strait incident and Crimea's reunification with Russia.

"In coordination with the European Union and the United States, Canada is today announcing new sanctions in response to Russia's aggressive actions in the Black Sea and Kerch Strait and Russia's illegal annexation of Crimea," the release said. "The Honourable Chrystia Freeland, Minister of Foreign Affairs, is announcing these sanctions on 114 individuals and 15 entities, under the Special Economic Measures Act."

Press service of border management of FSB of the Russian Federation in the Republic of Crimea
EU Imposes Sanctions on 8 Individuals Over Kerch Strait Incident - Statement
Russian President Vladimir Putin called the incident a provocation, noting that there were members of the Ukrainian security service, who were in charge of the operation, on board the Ukrainian vessels. According to Putin, the provocation was prepared in advance as a pretext to declare martial law in Ukraine, which was announced after the incident and lasted for a month. Many considered the situation as Ukrainian President Petro Poroshenko's attempt to shore up his falling approval ratings ahead of the March presidential election.

In 2014, the US imposed sanctions against Russia for the first time following the unfolding of the Ukrainian crisis. The sanctions have since been expanded several times to include more individuals, entities and entire economic sectors. The most recent expansion took place in January last year, when 21 individuals and 12 entities were added to the sanctions list.