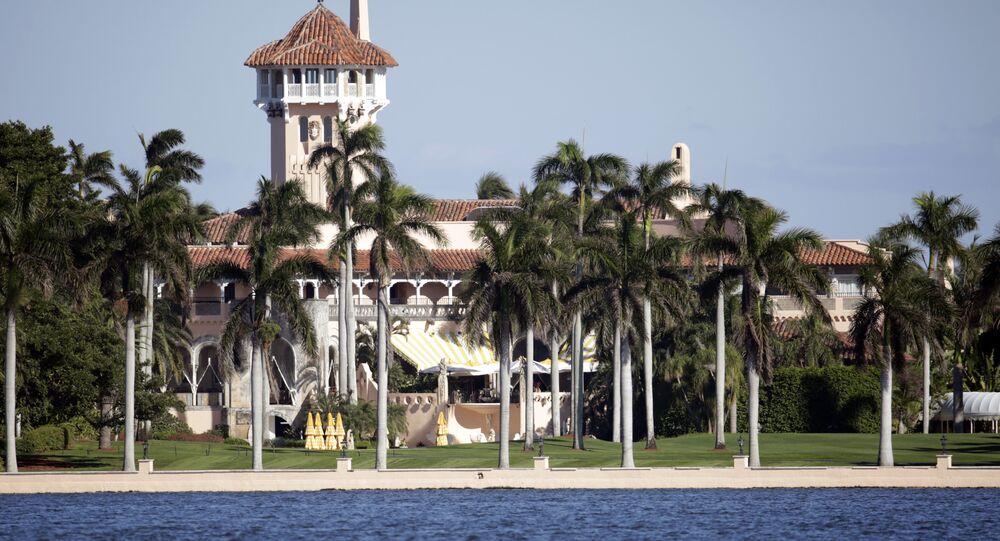 WASHINGTON (Sputnik) - A new bill in the US Congress would force President Donald Trump to publish official visitor logs of the White House and other locations where he regularly conducts official business, Congressman Mike Quigley and Senator Tom Udall said in a joint news release.

"The MAR-A-LAGO Act is about upholding the integrity of the Oval Office and, based on this president’s track record, we know that transparency is not a priority of his, making public access to these visitor logs an absolute necessity", Quigley said in the release on Tuesday.

In turn, Senator Udall noted that the American people have a right to know who has leverage over this administration and who is influencing policy decisions.

If passed, the Making Access Records Available to Lead American Government Openness (MAR-A-LAGO) Act, which was first introduced during the 115th Congress, would require the publication of official visitor logs 90 days after their creation.

© AP Photo / Lynne Sladky
Trump Eyes Post-Election Visit with North Korea’s Kim at Mar-a-Lago
The White House has said, citing grave national security concerns, that it would not release the names of any visitors to the White House or other Trump properties until five years after the president leaves office.

The names and personal information of visitors to the 18-acre White House complex are logged by the Workers and Visitor Entry System, known as WAVES, which is operated by the US Secret Service and determines who can gain access to the complex.

In 2013 a federal court ruled that visitor logs for the White House itself fall under the category of "presidential records," which are not subject to Freedom of Information Act disclosures.

The US Secret Service said in court documents released in 2017 that there was no visitor tracking system in place at President Donald Trump's Mar-a-Lago estate in Florida.