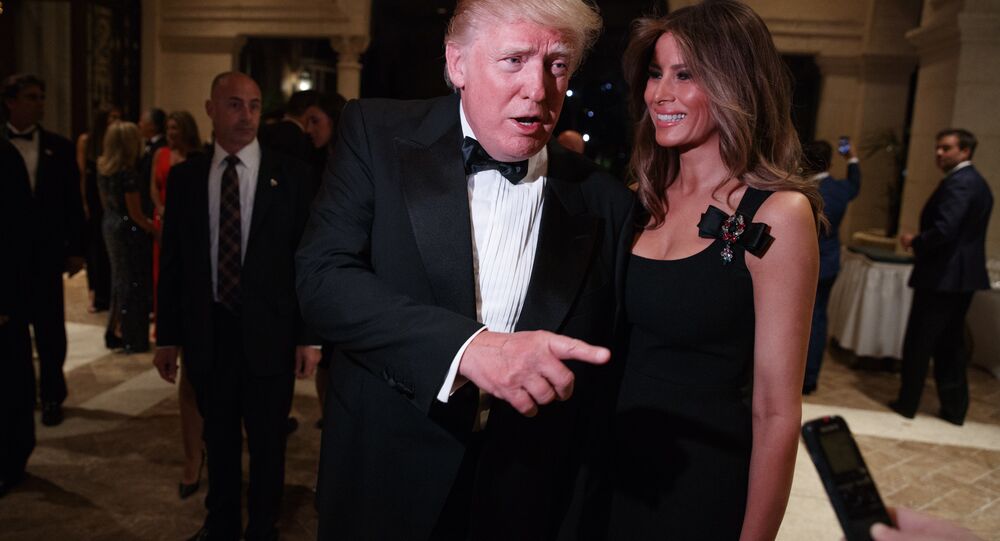 US President Donald Trump’s annual New Year’s Eve bash at his Mar-a-Lago club in South Florida just got more expensive, according to the private club’s members.

The tickets for dues-paying members are going up to $600 and any guests that members bring along have to pay $750. Last year, the tickets for members were $525 while those for guests were $575.

The extravagant party, which takes place, of course, in the Donald J. Trump Grand Ballroom, includes a red-carpet entrance, a multi-course meal, a cover band, celebrities and the president and his family.

"I've been to a lot of black tie events. This was a different feeling," said Lynn Aronberg, a Palm Beach public relations professional who attended the event last year as a guest and snapped a photo with Trump and his wife.

"It was the best event I've ever been to," she added.

The 2016 event was a huge success and this year's party is almost a sellout as well. According to the Trump Organization's outside ethics adviser, Bobby Burchfield, he doesn't see an ethical problem with the president hosting a lavish party at Mar-a-Lago.

"I personally don't see any issues that are raised," Burchfield told POLITICO. "It's not a campaign event. It's a normal business New Year's Eve party."

Burchfield didn't find the ticket price increase surprising, either, noting, "In this economy, we're seeing prices for a lot of things go up."

On Tuesday, the Palm Beach Post reported that Trump is heading to South Florida for his Christmas vacation at the end of the week. First Lady Melania Trump and the couple's 11-year-old son Barron are supposedly already in Palm Beach.

Even though few details have been revealed regarding the president's party, members and frequent club guests stipulate that Trump and his family will attend the party as they have done in previous years.

"Usually, this time of the year, he's there all the time," Debbie Berman, a Mar-a-Lago member, said.

The Palm Beach Post revealed social media postings from the 2016 party featuring Trump in a tuxedo dancing with his wife.

Steve Levine, co-owner of Jose Graterol Designs of Miami, is in charge of the 2018 Mar-a-Lago decorations for the third year in a row. He said that there won't be any presidential or patriotic themes. Instead, the decorations will consist of floral arrangements and other decorations in gold, silver and white hues.

Party of the Moon, a cover band that has performed at previous Mar-a-Lago parties, is expected to return. The band also provided entertainment at former US President Barack Obama's Inaugural Ball and NFL quarterback Eli Manning's wedding.

Since Trump assumed his role in the White House, several changes have been made at Mar-a-Lago. New initiation fees doubled to $200,000 and annual dues recently increased by $1,000, now amounting to $15,000. Members can only bring in two guests to the club at a time and dinner reservations cannot be made earlier than two weeks in advance.

According to the Palm Beach Post, 20 charity organizations left Mar-a-Lago after the president made comments earlier this summer in support of a violent white supremacist rally in Charlottesville, Virginia.

Aronberg, who is not planning on attending Trump's party for New Year's Eve this year, admits that "it's just kind of strange" at the private club since Trump's election.

"People who go there, if you're a Democrat you don't talk about it. If you're a Republican, it's a given you're going."