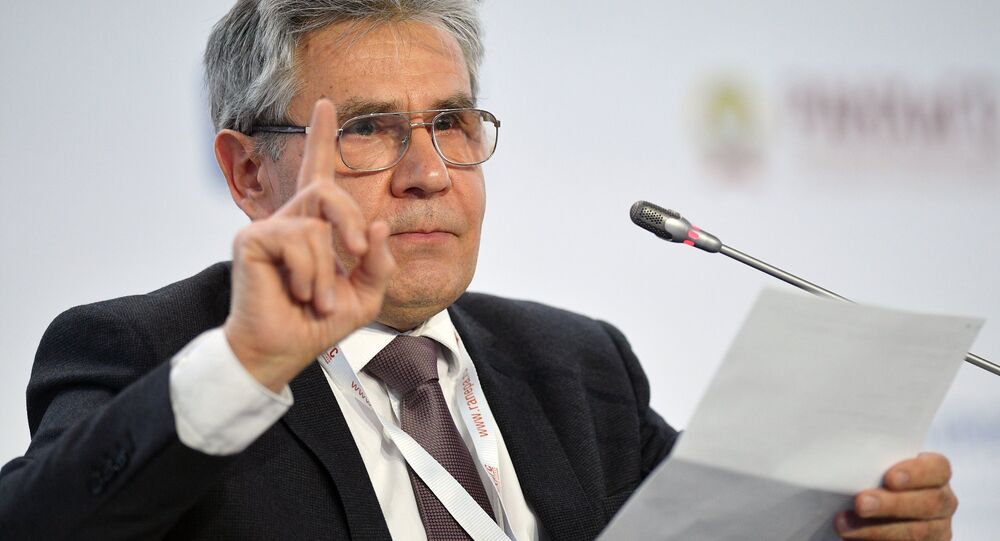 "Today, we celebrate the signing of an agreement that will help us implement new major joint projects", Sergeev said on Tuesday.

President of RAS Sergeev has repeatedly said that the promotion of contacts between Russian and international academics should prove that science diplomacy works even in a complicated geopolitical situation.

READ MORE: Russian, US Scientists to Prepare Astronauts for Extreme Situations in Space

In April of 2015, the respective academies signed an agreement on cooperation in scientific, engineering and medical research. According to this accord, the Russian-US cooperation includes such areas as biomedical research on cancer and Alzheimer's disease as well as the monitoring of climate change in the Arctic, among other issues.

© AFP 2020 / SAUL LOEB
US House Passes Anti-Russian Bills In Bid to Ramp Up Pressure Against Moscow
On Wednesday, the Russian delegation will meet with the representatives from the National Institutes of Health (NIH) – the main US organization responsible for research in health care and biomedicine. NIH is made up of 27 various institutes and centers.

In 2011, the RAS and NIH signed a memorandum on cooperation in the field of fundamental biomedical research. Oncology disorders, cardiovascular, neurological and infectious diseases are among the primary areas for cooperation under the document.

According to RAS, the Russian delegation will depart for Los Angeles on Thursday, where a day later the scientists will visit the Palomar Observatory, one of the most prominent astronomical observatories in the world, located in the San Diego County.

READ MORE: Russian Scientists Hand Over Synchrotron to US Lab Despite Sanctions

The group of Russian academics will also visit California Institute of Technology, considered to be one of the world’s top universities, on Saturday. Moreover, the delegation is set to pay a visit to a laboratory of the the LIGO Scientific Collaboration (LSC), a scientific collaboration of international physics institutes and research groups, including the Russian ones, on the search for gravitational waves.

US, Russia Should Ensure Scientific Research Cooperation in Arctic - Ex-Official

US, Russia Can Do Better Job on Scientific Research in Arctic Region