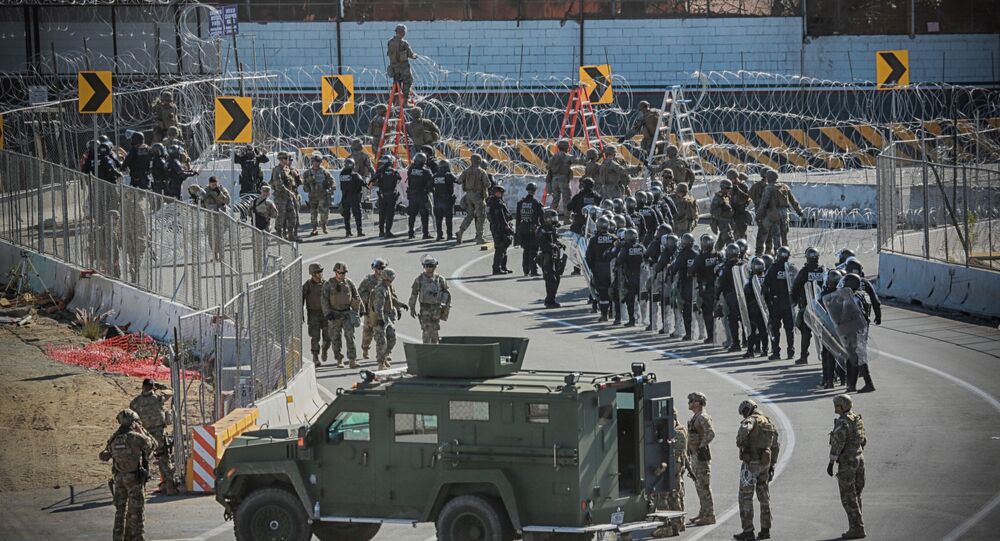 WASHINGTON (Sputnik) – Democratic lawmakers in the US House of Representatives have introduced a resolution on Friday to block President Donald Trump’s national emergency declaration at the southern border.

"During the pro forma session, Democrats filed a resolution to block President Trump's emergency declaration," the House Press Gallery said in a statement on Twitter.

Saturday Night Live
Twitter Toxic as Alec Baldwin's Trump Returns to TV to Declare National Emergency
​The legislation is being orchestrated by US Congressman Joaquin Castro, of the state of Texas, and is being introduced in both houses of Congress.

Castro said on Thursday that 222 lawmakers had cosponsored his resolution to terminate the national emergency declaration to build the border wall.

On February 15, Trump declared a national emergency on the US border with Mexico after Congress refused to allocate requested funds for the wall.

The national emergency declaration will free up $8 billion in federal funding to build a wall on the southern border. The Trump administration aims to divert military funding to install 234 miles’ worth of steel barriers along the country’s 1,950-mile border with Mexico.

A recent poll revealed that most Americans oppose the president’s decision to declare a national emergency. A new Politico/Morning Consult poll showed on Wednesday that about 39 percent of voters support Trump's move, while 51 percent think it was wrong.