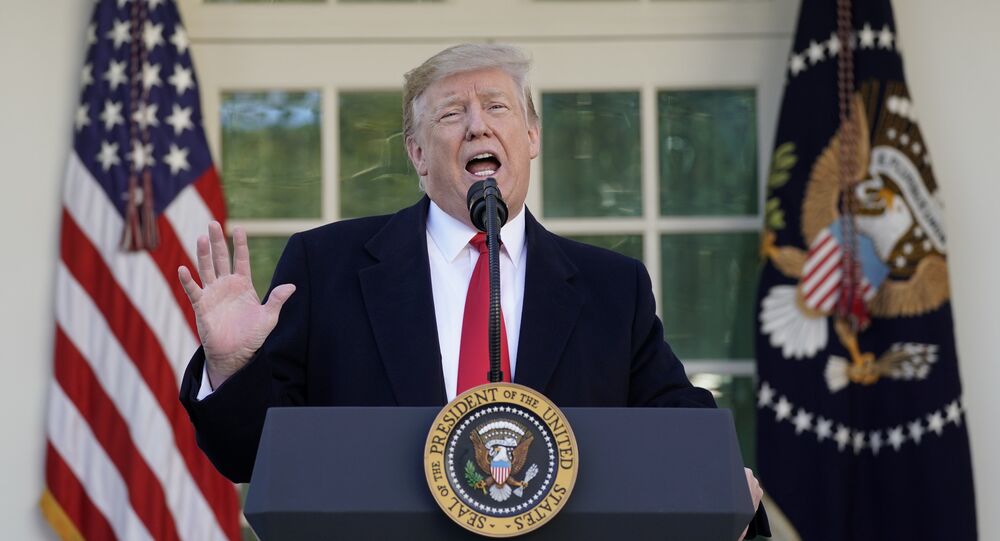 Trump’s policy adviser cited a “threat” plaguing the US, before underscoring that Trump won’t fulfil his constitutional oath if he doesn’t go to the mat on the issue of protecting his country.

White House senior adviser Stephen Miller indicated that US President Donald Trump will veto a move by lawmakers to okay blocking his emergency declaration meant to earmark funds for a wall on the Mexican border.

When asked by the host whether that would mean that Trump was prepared to go against Congress’ decision, Miller underscored that Trump is set to “protect his national emergency resolution, guaranteed”.

He argued that it is the president’s constitutional power to declare an emergency, given the fact illegal immigration runs high on the agenda and requires urgent executive action.

"This is a deep intellectual problem that is plaguing this city”, Miller said. "Which is we've had thousands of Americans die year after year after year because of threats crossing our southern border”.

Miller went on to state that given “the threat in our country”, if the president “can’t defend this county”, then it means he is “not fulfilling his constitutional oath of office”.

On Friday, President Trump declared a national emergency to get around Congress and arrive at an appropriate funding, up to $8 billion, for the long- proposed wall, in a bid to “address the national security and humanitarian crisis at the Southern Border”, Sarah Sanders posted on Twitter.

The move is expected to make it possible to tap certain Pentagon funds, including its military construction and counter-narcotics budgets. According to a senior administration official cited by media outlets, the White House has set itself a goal of building 243 miles of steel barrier along the border with Mexico to put an end to illegal border crossings.