For the second time in a week, someone from inside the White House has leaked to the media US President Donald Trump’s daily schedule. Fully half of the time accounted for is nebulously defined “executive time.”

The leak, given to Axios' Alexi McCammond just like the first one, includes four days of the president's schedule — from Monday, February 4, through Thursday, February 7. The previous leak, published on February 3, divulged three months of the daily life of the US head of state.

Half of the time on each schedule, which starts at 7 or 8 a.m. and runs into the evening hours, is devoted to "Executive Time," which the Washington Examiner notes is a catch-all term for time during which nothing is planned in advance.

Axios reported that former Chief of Staff John Kelly introduced the term to accommodate Trump's dislike of being locked into a regular schedule and to protect some more sensitive meetings from being leaked in just such a fashion as this schedule has been.

In fact, there is more than one schedule Trump uses: the one leaked was the more vague one distributed to senior staff, while a more specific itinerary also exists that keeps the president on track.

One such example is the 2:30 p.m. engagement on Thursday marked simply as "media engagement," which two sources with direct knowledge of the president's complete schedule told Axios was an interview with Politico's Tim Alberta.

Trump reportedly feels he benefits from the lack of structure, including winging some meetings, because he believes excessive planning hinders his ability to "read the room," so to speak. He wrote in "The Art of the Deal," his 1987 business advice book, "I play it very loose." 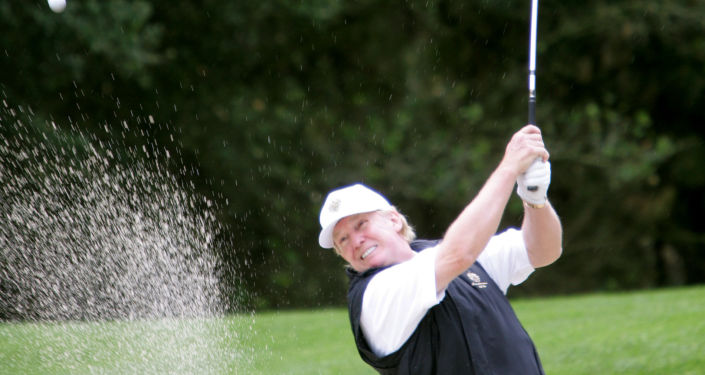 "I don't carry a briefcase. I try not to schedule too many meetings. I leave my door open. You can't be imaginative or entrepreneurial if you've got too much structure. I prefer to come to work each day and just see what develops," his book says, according to Axios.

But America's supreme diplomat also spends much of his time digesting media, especially in that big morning block of "Executive Time" that appears on three of the four days' itineraries. During that time, he is "watching TV, reading the papers and responding to what he sees and reads by phoning aides, members of Congress, friends, administration officials and informal advisers," Axios wrote.

That explains his morning Twitter storms that we in the media have come to love/hate!

Meanwhile, a manhunt is underway at the White House to track down the source of the leak. White House secretary Madeleine Westerhout tweeted following the first leak that it was "a disgraceful breach of trust."

Trump also took to Twitter to defend himself and his use of "Executive Time," which many speculate is basically free time.

"The media was able to get my work schedule, something very easy to do, but it should have been reported as a positive, not negative. When the term Executive Time is used, I am generally working, not relaxing. In fact, I probably work more hours than almost any past President," Trump tweeted. "The fact is, when I took over as President, our Country was a mess. Depleted Military, Endless Wars, a potential War with North Korea, VA, High Taxes & too many Regulations, Border, Immigration & HealthCare problems, & much more. I had no choice but to work very long hours!"