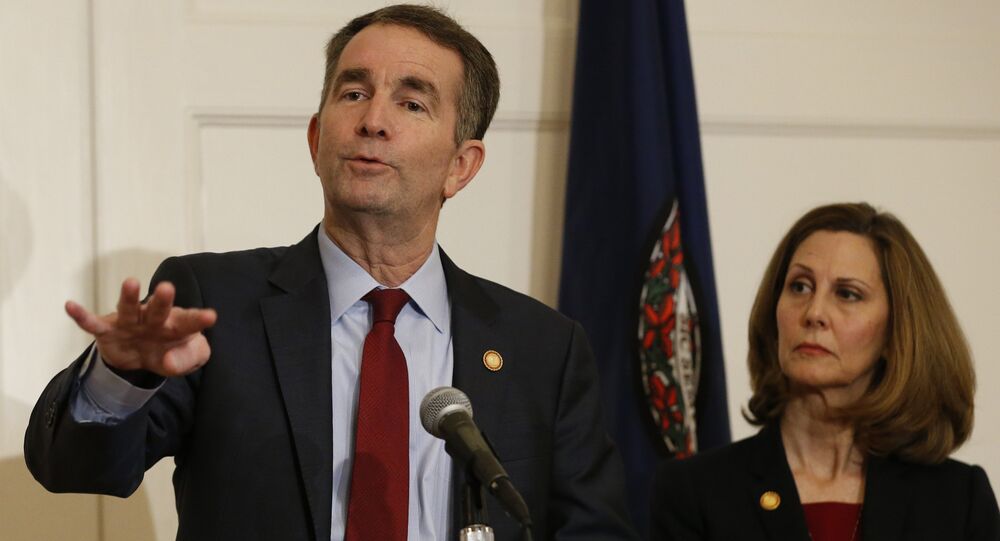 During the press conference, the governor once again claimed that the racist picture from his yearbook which sparked a scandal which now threatens his career does not feature him.

As Virginia Governor Ralph Northam continues to weather the scandal triggered by the discovery of a racist photo from his 1984 medical yearbook, he brought up another incident from his past when he took part in a dance contest in San Antonio in 1980s dressed as Michael Jackson, with his face darkened.

During the conference, Northam was asked whether he could still moonwalk, prompting the governor to start looking around, almost as if he was searching for a stage to show off his moves.

Video. Northam was 100% about to moonwalk away the final moments of his political career. pic.twitter.com/MHBQC9gT8q

"I look back now and I regret that I did not understand the harmful legacy of an action like that. It is because my memory of that episode is so vivid, that I truly do not believe I am in the picture in my yearbook," Northam also said during the press conference.

This occurrence immediately elicited a barrage of jokes on social media, aimed squarely at the governor.

Wait, he’s now claiming he was an astronaut? pic.twitter.com/z4NsevvIE6

​Some people also focused their attention on the kind of questions reporters asked Northam over the scandal.

The press hitting him with the hard questions.

Gaaaaaaa!!!!!!! That rotten press is SO mean to him! If a republican…..oh never mind, we all know the words to that song.

And why does media relentlessly shill for Dems? They won’t cover Northam’s defense of infanticide, but they’ll ask if he can moonwalk…. https://t.co/sMkMrBjMzY

Previously, many prominent US political figures, including former Democratic presidential hopeful Hillary Clinton, came forward and urged Northam to resign over the controversy sparked by the emergence of a 1984 photo from his yearbook that features two people, one wearing blackface while the other is clad in a KKK robe.