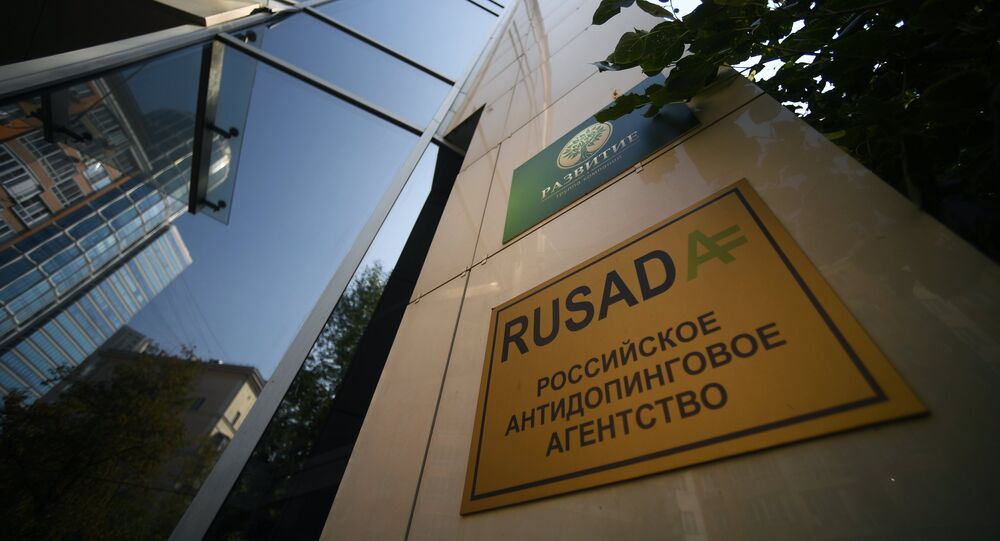 WADA said Wednesday it was "extremely disappointed" with Russia’s failure to give it full access to data of the Moscow lab at the heart of the doping scandal before December 31. The CRC scheduled an extraordinary meeting for January 14-15 to discuss the status of Russia’s anti-doping agency RUSADA.

"Waiting till 14-15 January might give the Russian authorities a further opportunity to provide the data, albeit after the deadline set. I am not sure why you think that would be such a bad thing," Taylor said in a letter cited by the BBC.

© Sputnik / Ramil Sitdikov
WADA VP Calls for Immediate Meeting on Russian Anti-Doping Agency's Status
He stressed it was vital to get the data from the lab so that it can be determined which of the athletes had a case to answer and which do not. "If it is achieved, that is presumably a good thing, isn't it, whether it happens on 31 December or next week?" he added.

The agency said earlier that the dates were selected "on the basis of them being the closest available dates to… when all CRC members could meet in person." It argued the dates were known to the Executive Committee and Foundation Board members since October.

The authority added that the dates would allow discussion of reports by experts who visited Moscow and others, while giving Russian authorities a fair opportunity to make a submission for the consideration of the CRC before it makes its recommendation on RUSADA’s status.

WADA Vice President Linda Hofstad Helleland said the agency must act rapidly and convene via a teleconference immediately after a call to suspend RUSADA again, months after it was reinstated in September following a three-year ban.