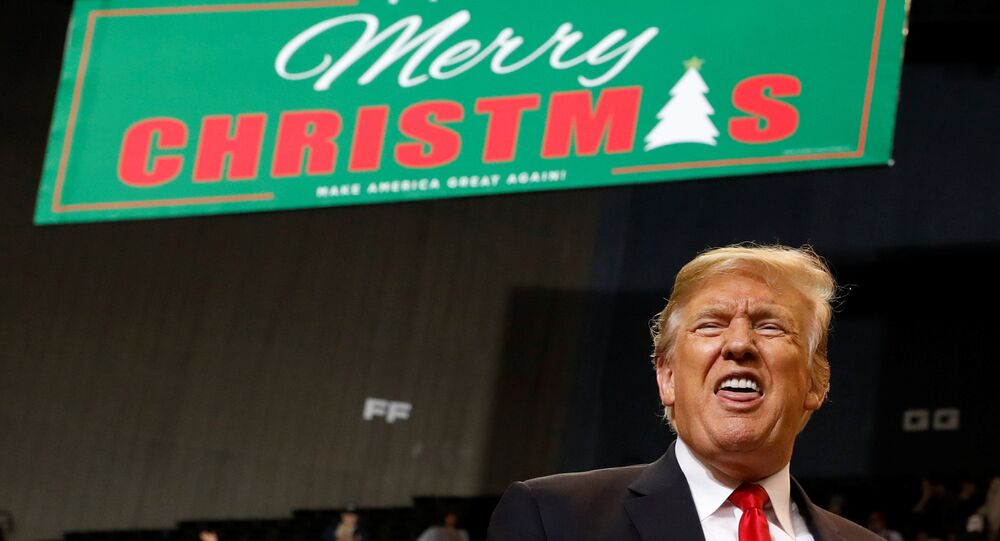 The doctor's daughter noted however that she doesn’t know whether her father actually examined Donald Trump, and the newspaper was apparently unable to find any documents to corroborate the story.

Elysa Braunstein, the daughter of podiatrist Dr Larry Braunstein, has revealed that her late father might have diagnosed Donald Trump with bone spurs in 1968 in order to help the US president avoid being drafted into the military during Vietnam War, The New York Times reported.

© REUTERS / Jonathan Ernst
'Grinch in White House': Twitter Roasts Trump for Casting Doubt on Santa's Existence in Chat With Little Girl
"It was family lore. It was something we would always discuss," Elysa said, claiming that the diagnosis was done as a “favour” which got her father access to Fred Trump, who he rented his Queens office from.

"If there was anything wrong in the building, my dad would call and Trump would take care of it immediately. That was the small favour that he got," she explained.

She pointed out however that she doesn’t know whether her father actually examined Donald Trump, and the NYT was apparently unable to find any documents to help corroborate their story.

As the newspaper noted, in a 2016 interview Trump said that a doctor provided him with “a very strong letter” to present to draft officials, though he claimed that he couldn’t recall the doctor’s name.

Meanwhile, NBC News pointed out that Trump became the first president since 2002 to not visit troops or wounded soldiers during Christmastime.

According to the media outlet, while Trump visited wounded servicemen at Walter Reed National Military Medical Center in 2017, this year the president opted to stay home.