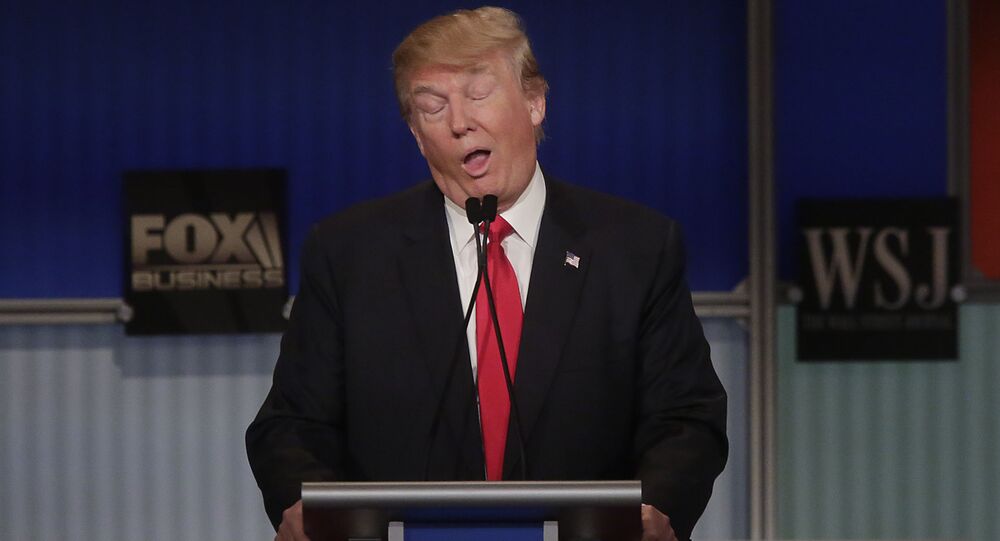 ‘Home Alone’: Trump Says He is ‘All Alone’ at White House Waiting for Dems Deal

After meeting his homeland security secretary and other officials to discuss border security and the government shutdown, Trump tweeted that he is still waiting for the Democrats to make a deal on border security.

The meeting on Monday didn’t result in a deal, the Associated Press reported, the government shutdown continuing through Christmas Eve over the president’s budget demands for a wall along the US-Mexico border.

The White House has repeatedly insisted that Trump will reject any deal that does not include money for a wall, while Democrats have stood firm in their opposition to a wall or any other physical barrier. The US President tweeted that he will be at the White House “all alone” waiting for a deal over border security, noting that the process of arguing about the deal might end up being more costly than the deal itself.

I am all alone (poor me) in the White House waiting for the Democrats to come back and make a deal on desperately needed Border Security. At some point the Democrats not wanting to make a deal will cost our Country more money than the Border Wall we are all talking about. Crazy!

“It's Christmas Eve and President Trump is plunging the country into chaos. The president wanted the shutdown, but he seems not to know how to get himself out of it,” Sen. Chuck Schumer and Rep. Nancy Pelosi said in a joint statement.

White House Budget Director Mick Mulvaney said a counteroffer was presented over the weekend to Senate Democratic leader Chuck Schumer of New York, according to the Associated Press. Mulvaney said that the offer was between Trump's request of $5.7 billion and the $1.3 billion which Democrats have agreed to offer.

"We moved off of the five and we hope they move up from their 1.3," he said Sunday. Mulvaney also added that he was awaiting a response from Schumer, whose office said the parties are still “very far apart” on a border wall deal.  Sources within the Democratic party familiar with the matter told AP on condition of anonymity that the White House offered $2.5 billion, with an initial $2.1 billion plus $400 million — in what Democrats have called a “slush fund” — for the president's other immigration priorities.

Trump has reportedly put off his scheduled trip to Florida for Christmas and remains in #Washington along with the first lady, Melania Trump. Senate negotiators are also continuing talks behind the scenes with Democrats and Republicans.

Trump’s tweet also didn’t go unnoticed on social media, as it came on Christmas Eve, prompting memories of his cameo in the 1992 Christmas comedy ‘Home Alone 2: Lost in New York.’

I am all alone (poor me) in the White House waiting for the Democrats to come back and make a deal on desperately needed Border Security. At some point the Democrats not wanting to make a deal will cost our Country more money than the Border Wall we are all talking about. Crazy!

The government will remain closed over the public holidays on Monday and Tuesday, making Wednesday the first day the public could begin to feel the effects of reduced government services, Mulvaney said, cited by AP.

“It's very possible that this shutdown will go beyond the 28th and into the new Congress,” he added.

US Senate Sets Next Session on Govt Shutdown for Thursday, No Deal Yet - Reports