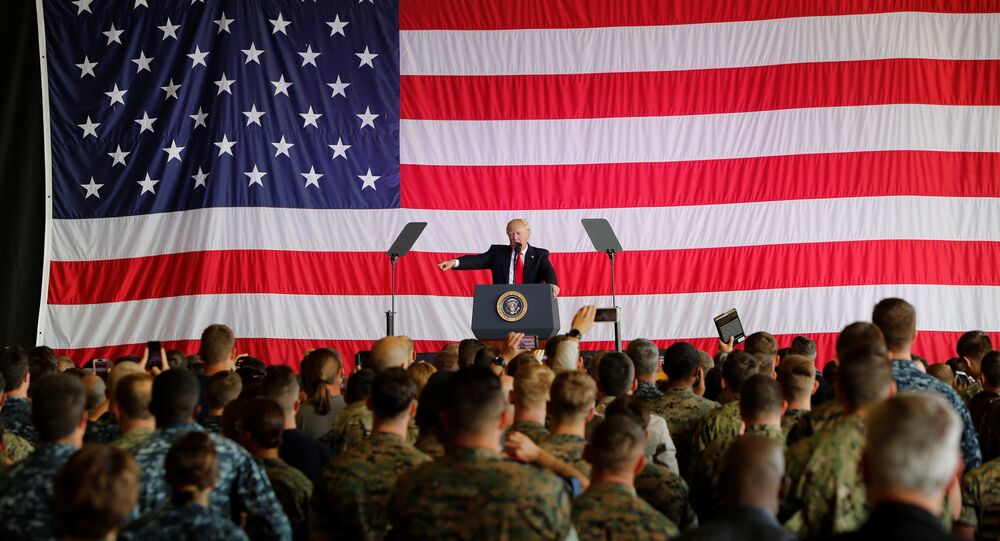 MOSCOW (Sputnik) - US Defense Secretary Jim Mattis said in a resignation letter he was stepping down at the end of February, citing the fact that US President Donald Trump needed to find a defense chief whose views were more aligned with his own.

However, Acting White House Chief of Staff Mick Mulvaney said on Sunday that Trump will not change his decision on the withdrawal of US troops from Syria, despite the resignation of the defense secretary and other high-ranking officials.

"No, I think the president has told people from the very beginning that he doesn’t want us to stay in Syria forever. You’re seeing the end result now of two years worth of work. Keep in mind, it’s not unusual for a president to lose members of the cabinet over these types of disagreements," Mulvany told ABC News broadcaster when asked whether the president could reverse the decision.

© AP Photo / Lefteris Pitarakis
Daesh Presence in Syria is 'Manna to US' - Veteran War Journalist
Mattis' resignation came a day after the White House said the United States was withdrawing troops from Syria, the plans which the outgoing defense chief has previously slammed as a "strategic blunder." The unexpected move to exit Syria has been widely criticized by many US lawmakers who argued the action would undermine the US security and give away the region to Russia, Iran, and Syria.

On Saturday, CBS News reported, citing sources, that McGurk had resigned over his strong disagreement with Trump’s decision to withdraw troops from Syria.