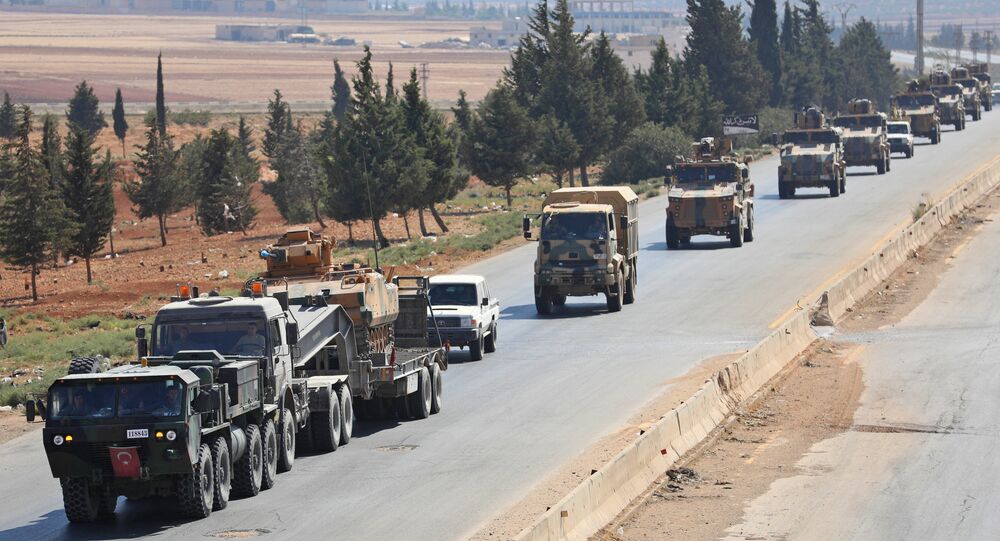 Following initial statements about an upcoming military operation in the Eastern Euphrates and Manbij against Kurdish militants, the Turkish president announced on 21 December that it would be delayed in light of a US decision to withdraw its troops from Syria.

Turkey has started sending military reinforcements to the border with Syria and to the Arab Republic itself, reported the Turkish Demiroren News Agency (DHA). According to it, a Turkish military convoy, moving through Kilis district, consisted of tanks, howitzers, and busses full of commandos.

Part of the convoy has been spread across the border posts, while the rest entered Syria through the border in Elbeyli district, which is situated relatively close to Syria's Manbij, and which was among the announced targets of the future Turkish military campaign.

Turkey's officials haven't commented on the report yet.

The reported redeployment of troops is taking place days after President Recep Tayyip Erdogan stated on 21 December that the planned military operation in Syria will be postponed in light of his recent talks with US President Donald Trump. Erdogan didn't specify how long the operation would be delayed.

The Turkish president announced a military operation against Syrian Kurds in Manbij and to the east of Euphrates earlier this week. Turkish Defence Minister Hulusi Akar also said on 20 December that the country's army was "intensely" preparing for the Syrian operation and vowed to "bury" Kurds in the trenches and tunnels.

Ankara considers Kurdish forces in northern Syria to be linked with the Kurdistan Workers Party (PKK), which is deemed a terrorist organisation in Turkey. The latter has been at war with Ankara since the 1980s, when it first demanded autonomy.

Turkey, Russia to Play Stronger Roles In Syria After US Troops Pullout - SNC