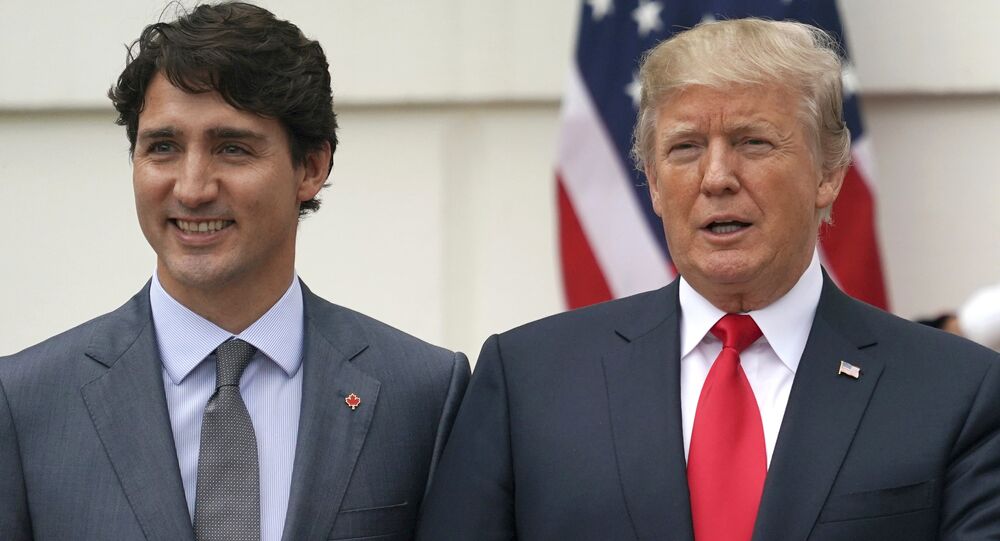 Some 35,000 migrants have entered Canada since the country's prime minister published a #WelcomeToCanada tweet urging migrants to come to the North American state. His conservative opponents have argued that the tweet was behind the rise in immigrant numbers.

Canadian Prime Minister Justin Trudeau told Global News in an interview that the reason behind a major rise in the number of migrants crossing the country's border was actually caused by the domestic policies of the US and not his tweet, posted in January 2017 urging migrants to enter Canada.

"[…] if people are fleeing the US right now and are choosing to leave the US right now, it's not something I said. It is perhaps domestic realities within the political context in the United States that is driving people to move", he said.

Trudeau also argued that he merely retold Canadian migration policy in his #WelcomeToCanada January tweet, stressing that it did not force people to migrate.

Canada received around 35,000 migrants over the last two years following the controversial tweet from the prime minister, where he urged refugees to pick his country as their destination. The tweet received mixed reaction with Trudeau's opponents believing it stipulated illegal migrants' influx into the country.

As opposed to Trudeau's policies, US President Donald Trump has adopted a number of measures aimed at stopping illegal immigration into the country. Namely, he is currently struggling to convince the US Senate to approve a spending bill, which includes $5 billion in funding to construct a wall on the border with Mexico in a bid to stop illegal migrants coming from the US's southern neighbour. This struggle has led to a partial shutdown of the US government after Senate Democrats refused to support Trump's wall funding.

Canada's Right-Wing MP Says He Backs Migration but Against Multiculturalism