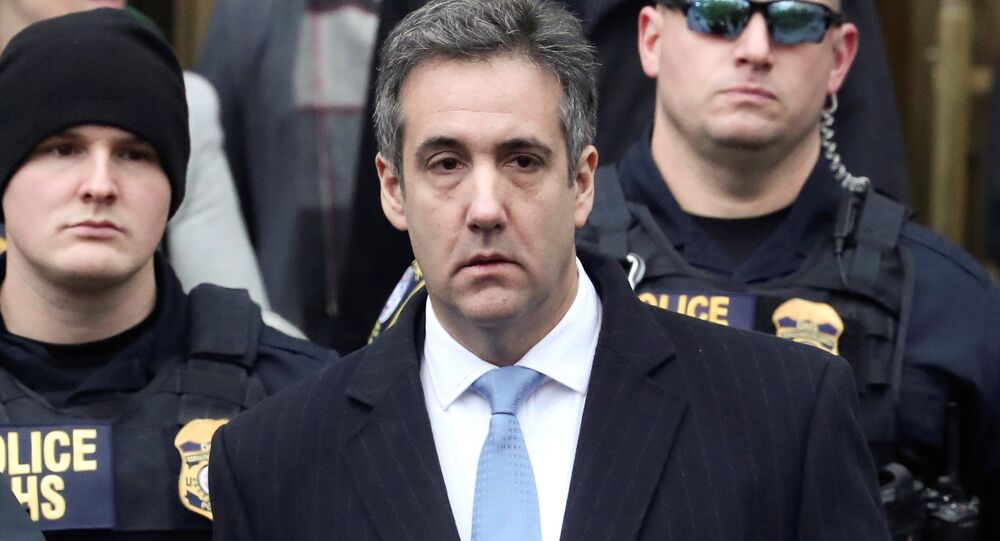 Moscow has repeatedly denied allegations of interfering in the 2016 US presidential vote, saying they were invented to excuse the election loss of the other presidential candidate, Hillary Clinton, as well as to deflect public opinion from actual instances of electoral fraud, corruption and other pressing issues.

Former MI6 spy Christopher Steele's allegations about a conspiracy between Donald Trump's presidential campaign and the Russian government before and during the US 2016 elections hold no water, according to Greg Miller, a two-time Pulitzer Prize winning reporter from The Washington Post.

"We've talked to sources at the FBI and the CIA and elsewhere — they don't believe that ever happened", Miller told an event broadcast by C-Span late last week, referring to an alleged meeting between the US president's former lawyer Michael Cohen and Russian hackers in Prague.

Miller said that The Washington Post had worked hard to investigate Steele's allegations, with the newspaper's reporters "literally spending weeks and months" in a bid to obtain more information on the matter.

"We sent reporters through every hotel in Prague, through all over the place, just to try to figure out if he [Cohen] was ever there, and came away empty", Miller noted.

The Daily Caller, meanwhile, reported that it remains unclear why The Washington Post had not published Miller's revelations, which were also not included in Miller's new book titled "The Apprentice: Trump, Russia, and the Subversion of American Democracy".

READ MORE: US Plans to Show No Evidence of Collusion with Russia at Manafort Trial

Miller's remarks on C-Span pertain to the so-called Steele dossier which specifically claims that US President Donald Trump's former lawyer Michael Cohen and his three associates visited Prague in August 2016 to allegedly meet Kremlin officials to discuss how to make "deniable cash payments" to hackers in order to cover up "Moscow's secret liaison with the Trump team.

Russia has rejected involvement, stressing that no evidence of election meddling has been presented by Washington to substantiate the accusations.
President Trump has repeatedly denied ties with Moscow, claiming that the investigation into alleged collusion is a politically-motivated "witch hunt".

Writing on his Twitter page in late July, Trump pointed out that "collusion is not a crime, but that doesn't matter because there was No Collusion (except by crooked Hillary and the Democrats)".

Twitter Grills Trump Over His Verbal Attack Against Cohen