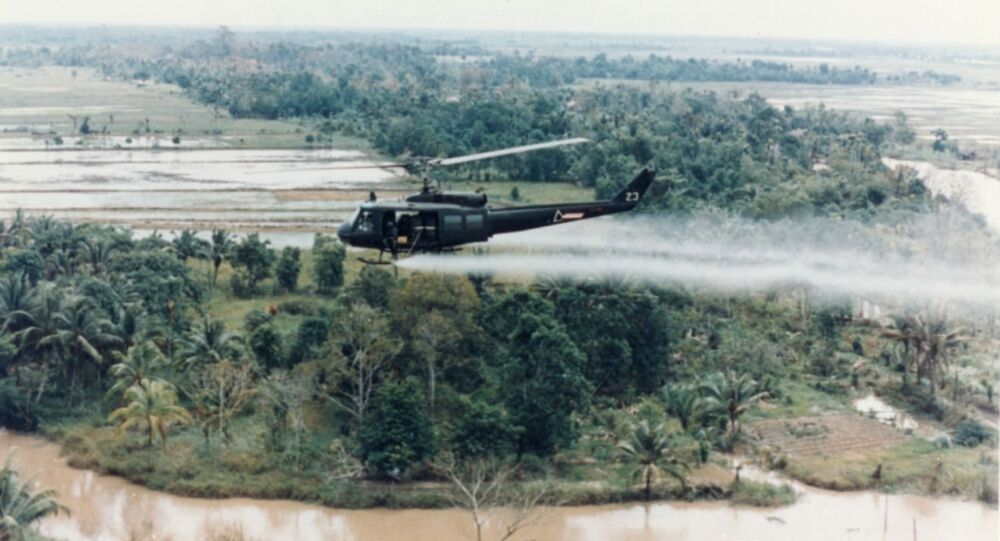 The US Senate struck down a bill on Monday that would extend Veterans Affairs (VA) benefits to thousands of US Navy veterans who were exposed to Agent Orange while serving during the Vietnam War.

Agent Orange was an herbicide used by the US government during its war on Vietnam to defoliate the landscape so it could more easily target Vietcong troops. Exposure to the chemical has been linked to cancer and other ailments.

During the war, US troops were told the chemical was harmless, and those who were exposed to it have had difficulty getting benefits from the government. By 1993, nearly 20 years after the war ended, the Department of Veterans Affairs had only compensated 486 of the 39,419 soldiers who tried to file for disability benefits over their exposure to Agent Orange in Vietnam, Sputnik News reported.

The bill, H.R. 299, or the "Blue Water Navy Vietnam Veterans Act," would have extended VA benefits to thousands of people who were exposed to Agent Orange while serving on warships off the coast of Vietnam.

"The Vietnam War continues for those who suffer from Agent Orange contamination," Vietnam War veteran Bruce K. Gagnon, coordinator at the Global Network Against Weapons & Nuclear Power in Space, told Sputnik News Wednesday. "The environment of Vietnam also has been deeply impacted for generations."

Senator Kirsten Gillibrand (D-NY) asked her colleagues on Monday from the Senate floor to reach unanimous consent, meaning that the bill would have been fast tracked to passing. Senator Mike Enzi (R-WY) dissented, however.

The bill passed the House of Representatives unanimously.

"On this bill, many of us have been made aware of the potential cost growth and the budgetary and operational pressures that would happen at the VA," said Enzi. "They're having a lot of problems, anyway."

According to the VA, extending benefits to the sailors would have cost $5.5 million over 10 years, but the Congressional Budget Office estimated the cost would be closer to $1.1 million.

"Shame on the VA for trying to muddy the waters and say, 'But we don't have enough money for these veterans,'" Gillibrand said at a press conference. "Is their sacrifice no less?"

Sen. Jon Tester (D-MT), the ranking Democrat on the Senate VA Committee, said on the Senate floor, "It is our obligation to meet the needs of the folks who have sacrificed for our country."
"If we can afford to send veterans to war, it's unacceptable that we can't afford to take care of them when they return home wounded," Veterans of Foreign Wars President B.J. Lawrence said in a statement.

"The US refuses to take responsibility for the damage they have done," Gagnon said. "Washington loves to make war but does not like to deal with the human and ecological damage those wars cause."

Drug Theft Soars at US Veterans Affairs Facilities Despite Countermeasures