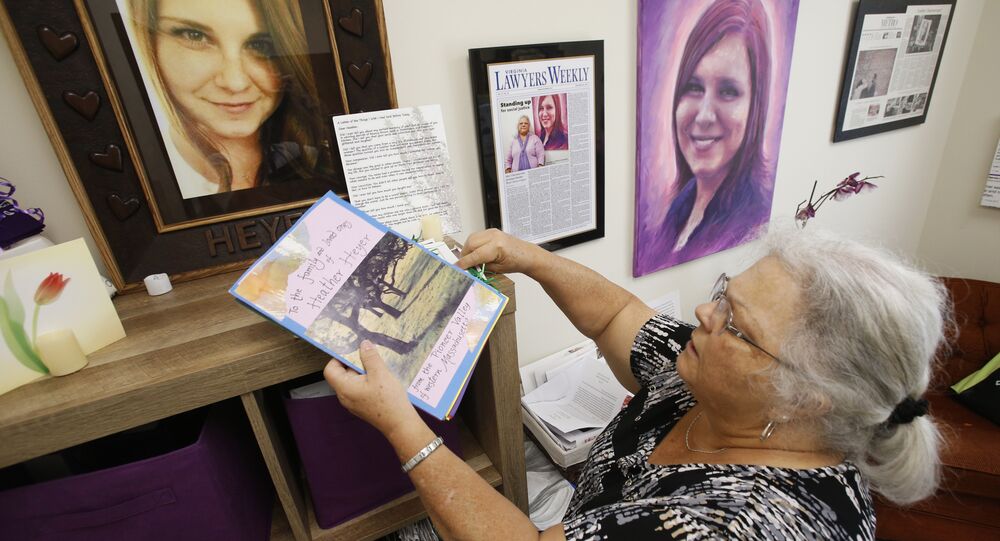 White supremacist James Fields has been found guilty of first-degree murder for the August 12, 2017, death of Heather Heyer, along with nine other charges.

The Charlottesville trial that began Monday saw the 21-year-old Ohio native attempt to argue that he acted in self-defense when he rammed his car into a throng of counterprotesters at the white nationalist "Unite the Right" rally in the Virginia city in August 2017.

Fields also faces 28 counts of hate crime acts causing bodily injuring and involving an attempt to kill, one count of racially motivated violent interference with a federally protected activity and one count of a hate crime act resulting in the death of Heyer, Sputnik has reported.

The potential for Fields to be given the death penalty stems from his federal charges. The related trial is set to begin after his state trial. The maximum punishment Fields could receive if convicted of the state-level charges is life in prison.

"On August 12, James Alex Fields Jr was here in Charlottesville with anger and images of violence fixed in his mind. The case is about his decision to act on that anger and those images," prosecutor Nina Antony said on Monday.

Fields, along with hundreds of other protesters, had gathered in the Virginia city to oppose the city's removal of a statue of Confederate general Robert E. Lee, a leading commander in the US Civil War from 1861 to 1865 who fought for the preservation of black slavery amid attempts to abolish the practice. Many white supremacists consider him and other Confederate figures to be heroes and staunchly oppose the removal of monuments dedicated to them.

However, over 1,000 anti-fascist counterprotesters also traveled to Charlottesville that day to oppose the rally; among them Heyer, a 32-year-old paralegal who lived in the city. Extensive violent clashes between the two groups ensured.

Survivors told the trial they saw "bodies flying everywhere" when Fields drove his Dodge Challenger into the crowd. Fields was found guilty of having used his car that day to ram into a crowd of those counterprotesters, injuring dozens and killing Heyer.

Heard calls Fields made to his mom from jail referring to Heather Heyer's mom:
Fields: "She's one of those anti-white Communists."
Mom: "She lost her daughter."
"It doesn't fucking matter. She's a Communist."
"Stop talking."
"It isn't up for questioning. She's the enemy, Mother."

The Daily Beast reports that sentencing will begin Monday morning, according to the judge, and could include witness testimonies into Tuesday.