Was Charlottesville Murder Suspect Motivated by 'Anger' or Self-Defence? 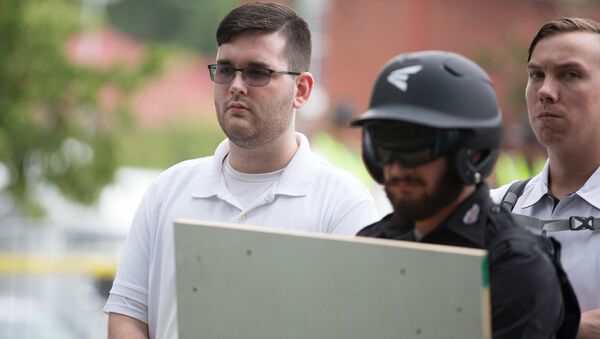 © REUTERS / Eze Amos
Subscribe
The trial has begun in Virginia of James Fields, the white nationalist who is accused of deliberately killing an anti-racism campaigner by ramming her with his car at a rally last year. The jury was shown footage of the incident in August 2017.

Prosecutor Nina Antony told the jury Fields' actions were pre-meditated and not motivated by a desire to protect himself, as the defence would argue.

"On August 12, James Alex Fields Jr was here in Charlottesville with anger and images of violence fixed in his mind. The case is about his decision to act on that anger and those images," said Ms. Antony.

Survivors told the trial they saw "bodies flying everywhere" when Fields drove his Dodge Challenger into a crowd of activists in Charlottesville during a stand-off with people attending the "Unite the Right" rally.

Fields, 21, from Ohio, is accused of first degree murder after Heather Heyer, 32, was killed under the wheels of his car. He also faces eight counts of causing serious injury. 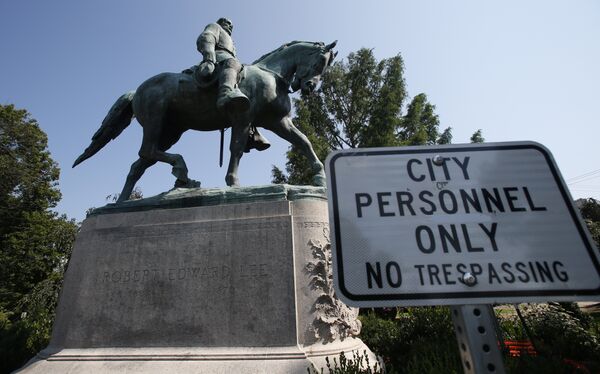 In this Monday, Aug. 6, 2018 photo, a No Trespassing sign is displayed in front of a statue of Robert E. Lee in Charlottesville, Va., at the park that was the focus of the Unite the Right rally. Pressure to take down America’s monuments honoring slain Confederate soldiers and the generals who led them didn’t start with Charlottesville. But the deadly violence that rocked the Virginia college town a year ago gave the issue an explosive momentum.
© AP Photo / Steve Helber

The trial heard trouble flared as riot police and National Guard troops tried to keep people from the Unite the Right rally clashing with counter-demonstrators.

The violence came after protests at the removal of a statue of Confederate general, Robert E. Lee.

Miss Heyer's mother Susan Bro sat in the court as witnesses described the events of the day.

"She was a great person," Marcus Martin said of Miss Heyer, before breaking down.

He said he pushed his wife out of the way before he was hit by Fields' car, suffering a broken leg and ankle.

"I saw bodies flying everywhere. I wasn't sure at the time if I pressed record or not. I didn't know until later that I had caught it all on video," said Mr. Martin.

"This is not a whodunit case. This is not where we need to figure out who was in that car," said defense attorney John Hill. 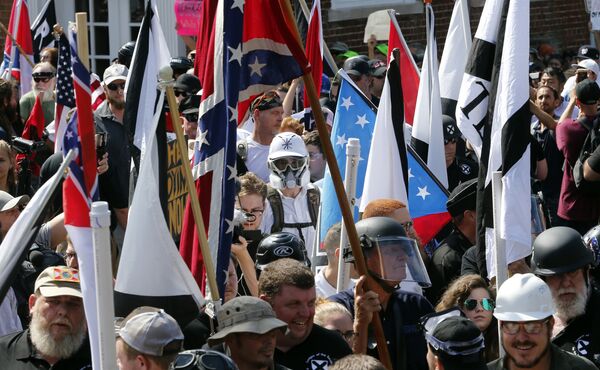 After his arrest Fields told police he "feared for his safety and that he was scared to death."

"The defendant was able to get away with her blood and her flesh still on his vehicle," she said.

On August 11, 2017, torch-wielding white nationalists held a rally near the University of Virginia which resulted in a brawl with a group of counterprotesters. The next day, a major Unite the Right rally gathered thousands of nationalists in downtown Charlottesville, protesting against the authorities’ plans to remove a monument to Confederate Gen. Robert E. Lee from a local square. The rally led to violence between the demonstrators and counterprotesters, culminating in a car ramming attack, which left one person dead and dozens injured.