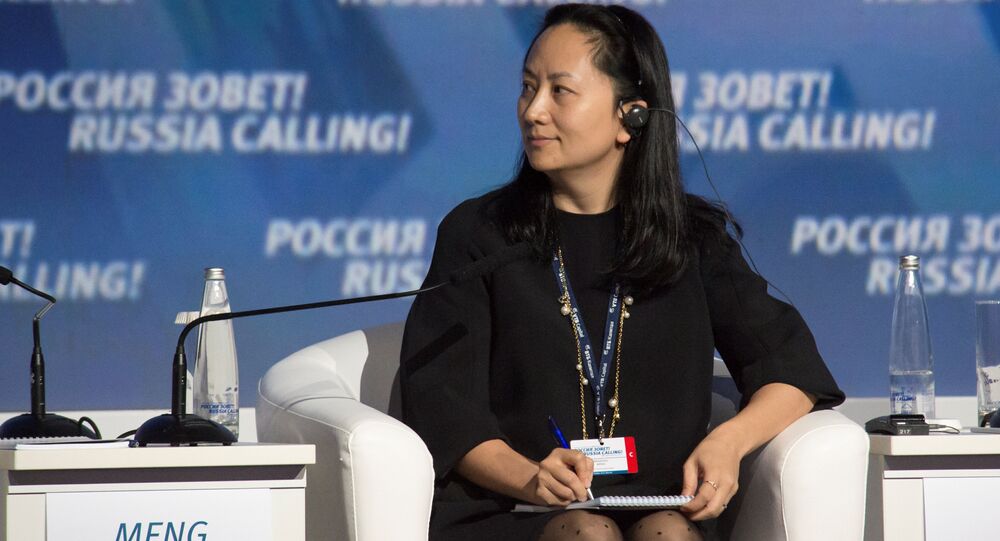 Canadian prosecutors said Friday that the US is seeking the extradition of Huawei Chief Financial Officer (CFO) Meng Wanzhou on suspicion of engaging in conspiracies to defraud multiple financial institutions and contravene US sanctions on Iran.

It isn't clear how many charges she faces, but each one carries a maximum sentence of 30 years behind bars.

Meng, the Chinese telecommunication giant's CFO and deputy board chair, was arrested in Vancouver on Saturday but the US Department of Justice did not announce the arrest until Wednesday. Canada's Globe and Mail reported, based on law enforcement sources, broke the story that she had been arrested for violating US sanctions against Iran.

A gag order, or as it is called in Canada, a publication ban, was imposed on Meng's case. Several media outlets have challenged the gag in court. That ban was eventually lifted by a judge in Vancouver, BBC reports.

The court is still considering whether it will grant Meng bail. The Canadian government prosecutor has told the judge Meng has substantial resources in China and is a flight risk.

The prosecutor alleged that Meng deceived American lawyers regarding the connection between the company SkyCom and Huawei. Using SkyCom as a secret proxy, Huawei sold products to Iran in breach of US sanctions between 2009 and 2014.

Huawei is the second-largest telecommunications equipment manufacturer in the world, Sputnik News reported.

The US has introduced a number of measures to curb the flow of technology from Huawei and another telecom manufacturer, ZTE Corp, believing that the Chinese government could use the tech for surveillance in the past year. Huawei products have also been banned by the Pentagon from being sold on US military bases.