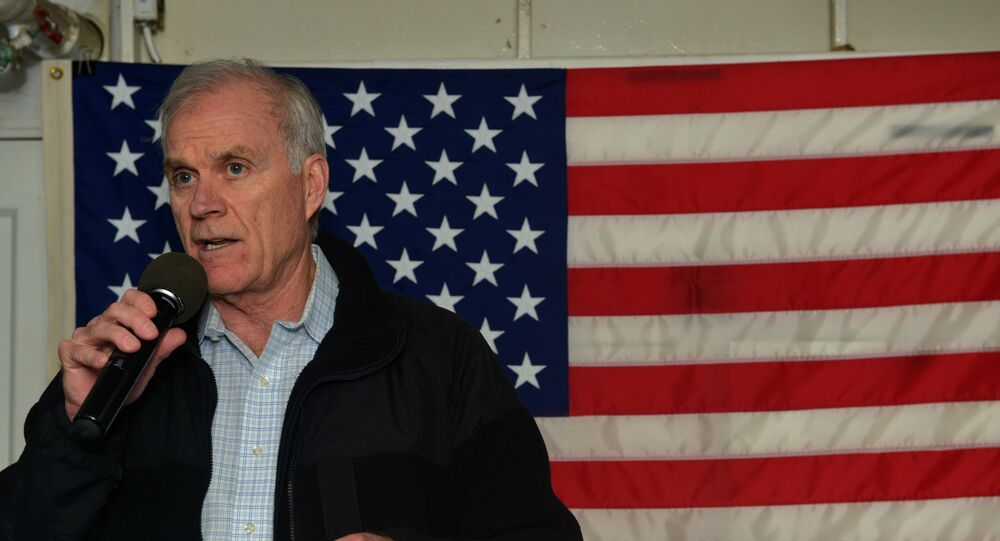 WASHINGTON (Sputnik) - The United States is considering Russia to be a menacing threat in the Pacific region and China a growing threat, US Navy Secretary Richard Spencer said on Thursday.

"Russia is a menacing threat, China is a pacing threat, and that is what we are focusing," Spencer said in a discussion at the Center of the Strategic and International Studies (CSIS) in Washington, DC.

Spencer pointed out that the US Navy is ready to address those threats if it is called upon to act.

"We are ready to fight even tonight, if needed," Spencer said.

In addition, Spencer said the United States will exercise freedom of navigation operations in the Pacific as well as throughout the world.

On Wednesday, the US guided missile destroyer McCampbell entered the Sea of Japan to challenge what the United States has called "Russia's excessive maritime claims" and uphold the lawful uses of the sea.

According to the US Navy, the United States does not recognize Russia's claims on the waters in the vicinity of Peter the Great Bay in the Sea of Japan and considers the area international territory because it is more than 12 miles from Russia's coastline.

© AP Photo / Koji Sasahara
Russian Military Tracks US Destroyer in Sea of Japan - MoD
Russian Defense Ministry spokesman Maj. Gen. Igor Konashenkov said on Thursday that the US destroyer did not even approach Russian territorial waters closer than 100 kilometres and throughout its passage in international waters was escorted by the Russian anti-submarine ship Admiral Tributs and Pacific Fleet naval aircraft.

The US — Russia Talks on Bering Strait Safety

"We talk to Russia on a regular basis on the Bering Strait and the safety of traffic there," Spencer said at the CSIS.

Spencer explained that the US Navy tries to communicate with competitor countries’ navies in the Arctic and Pacific regions.

"In particular, we have had conversations and we still do it from time to time with our counterparts in China," Spencer said.

In August, the Russian Embassy in the United States said Moscow and Washington are discussing the possibility of concluding an agreement on cooperation in the Bering Strait.

The US Coast Guard said in January that the United States and Russia had proposed to the International Maritime Organization various international shipping routes to guide vessels through the Bering Strait — and the Bering Sea — amid the increase in Arctic-bound traffic.