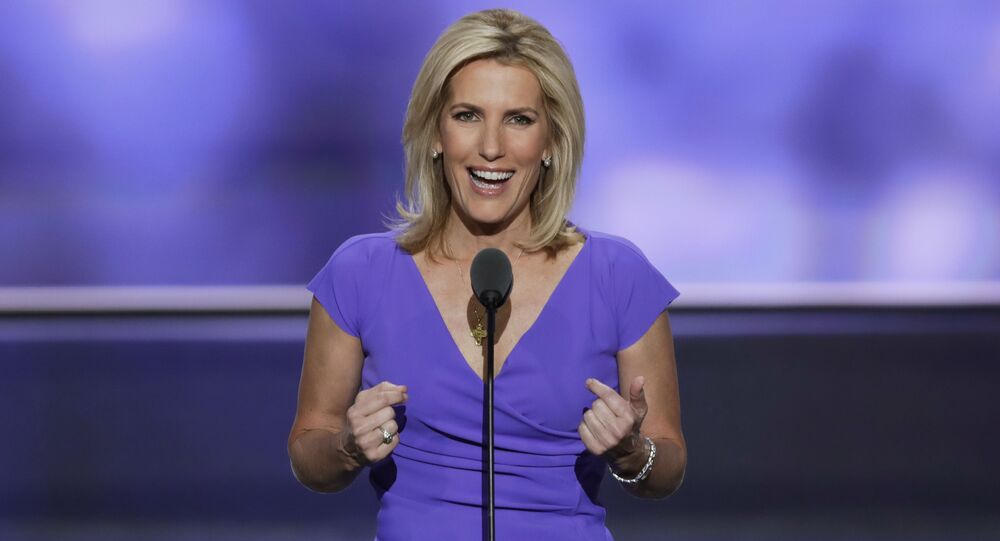 Ingraham’s criticism of the congresswomen appeared to be primarily aimed at their alleged anti-Israeli stance, though the TV show host also insisted that the ladies were on the "warpath against white men".

The host insisted that the congresswomen in question — Alexandria Ocasio-Cortez, Ayanna Pressley, Rashida Tlaib and Ilhan Omar – bring a “pink cloud with them, and that they are on the "warpath against white men".

"They are respectively the first Muslim-American woman, the first black woman from Massachusetts and the youngest woman ever elected to Congress. They captioned the picture "squad." In another photo with a hashtag #changecantwait. — Nancy Pelosi might have tagged this one #mobsquadhelp!" Ingraham said, adding that “the anti-Israel bias of some of these congresswomen elect is downright disturbing."

© Sputnik / Ted Rall
Fox’s Ingraham Bemoans ‘Demographic Changes’
Ingraham then went on to blast Ocasio-Cortez for calling Israel an "occupier," while roasting Tlaib for endorsing “a one-state solution where Jews have no right to their sovereign state."

Earlier this year, Laura Ingraham was bashed on social media after she told her viewers that "the America we know and love doesn't exist anymore" because of "demographic changes."