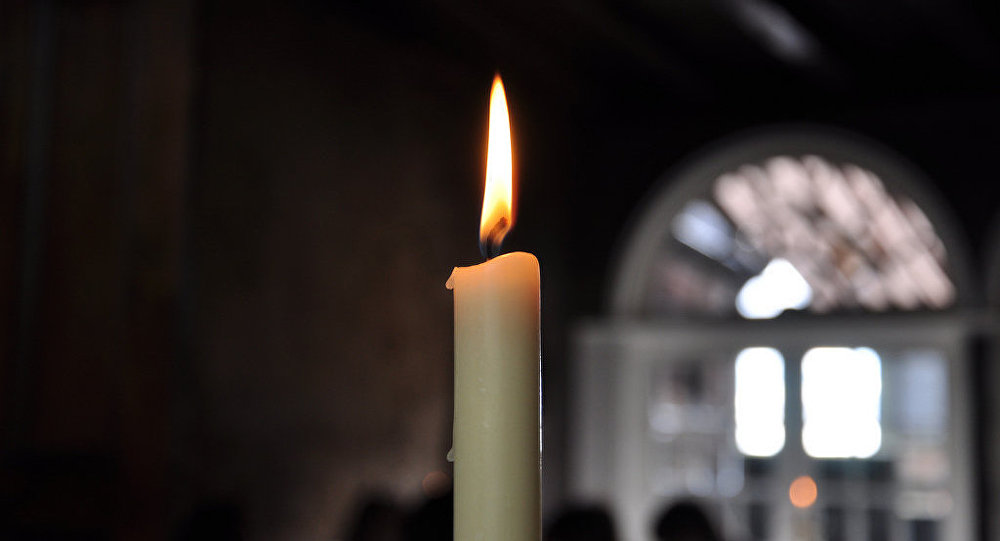 People of various religions have gathered in Pittsburgh, Washington and Philadelphia for a vigil to mourn the victims of a Pittsburgh synagogue shooting.

Thousands of people have taken to the streets across the US to take part in a spontaneous vigil in commemoration of the victims of the Pittsburgh shooting that took place earlier Saturday.

People gather for a candlelight vigil in Squirrel Hill after the Tree of Life synagogue shooting. | 📷: Getty Images pic.twitter.com/9Rpz1PT0G6

​People in Pittsburgh, carrying candles, jammed a street intersection in Squirrel Hill amid a light rain to express their grief for the victims through prayers and singing in a multi-religious gathering organized by Dor Hadash and Allderdice High School students. The organizers said in an interview to Fox News that they "could not wait for tomorrow or another day" and needed to gather at that moment.

Hundreds gather in Squirrel Hill for a vigil following the shooting at Tree of Life Synagogue Saturday morning. pic.twitter.com/qgpiqxP9ey

​A second vigil in Pittsburgh is scheduled for Sunday at Sewickley United Methodist Church, WPXI reports.

Vigil in Prospect Park for victims of Pittsburgh synagogue shooting. The Kaddish was said. Minor police presence. Good-sized crowd given the rain. pic.twitter.com/I5DYFMwB2T

​"We'll be dealing with this for months and years," said state representative Dan Frankel, speaking before the attendees. "It leaves an indelible mark."

Pennsylvania governor Tom Wolf attended the vigil, suspending his campaign bus trip after the news of the attack.

Tonight Frances and I attended a vigil for the victims of the synagogue shooting in Pittsburgh.

Anti-Semitism has absolutely no place in our commonwealth. Together we pray for the victims, their families and friends, and this entire community. #StrongerThanHate pic.twitter.com/w5HiMGmdCh

​Some attendees blamed the shooting on the current political climate in the US and called for a more active vote, sparking a "Vote! Vote!" chant amid the crowd. President Donald Trump condemned the attack on a Pittsburgh synagogue as "an assault on humanity," and calling on Americans to "unite to conquer hate."

The love for #Pittsburgh is felt in #Philly as several local Jewish groups organized a vigil for the victims in today’s mass shooting. The crowd continues to grow at Rittenhouse Square. @NBCPhiladelphia pic.twitter.com/0CIE09VtwO

​Across the US, hundreds more people gathered outside the White House in Washington DC. A third vigil has been organized in Philadelphia at Rittenhouse Square.

Vigil for victims of the #TreeOfLife shooting in #Pittsburgh outside of the White House. #fox5dc pic.twitter.com/A5P6n2aydp

Another one took place in New York.

A vigil in Brooklyn tonight for the victims of the Pittsburgh synagogue shooting.

"We will stand together, in the streets, and in the schuls, and at the polls. We will build a world from love." —NYC councilmember @BradLander #synagogueshooting pic.twitter.com/8DSAzn0LWQ

​US President Trump ordered flags to be flown at half-staff in "solemn respect" for the shooting victims.

The shooting suspect, Robert Bowers, is believed to have made offensive anti-Semitic posts on social media before barging into a baby-naming ceremony at a Pittsburgh synagogue on Saturday and opening fire. He is currently in custody at a local hospital.

Eleven people were killed and six injured in the shooting considered to be one of the deadliest attacks on Jews in US history.

'Shooting a Docile Creature' Should Not be Legal in Scotland - Activist

Crimean College Hit by Shooting to Reopen on Tuesday, Or Later – Kerch Mayor