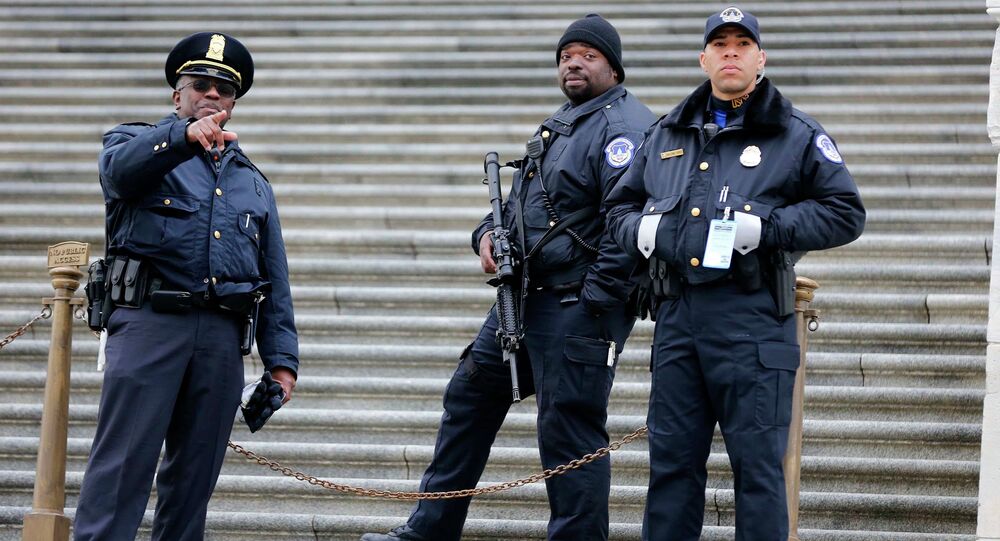 Who Sent Mail Bombs and What’s Known About the Devices?

After some 12 potential explosive devices were mailed to high-profile Democrats and the CNN editorial office, law enforcement continued to search post offices after warning the general public to be on the alert, as well as set about drawing up a profile of “the subject.”

US federal authorities have so far arrested one man from Florida amid a probe into the packages with what were identified as pipe bombs, a tweet by CNN reporter Shimon Prokupecz has it.

• The man has been identified as Cesa Sayoc, aged 56.

• According to Florida records, he has a lengthy criminal record in the southern US state.

• He also has larceny and fraud records in his criminal profile.

• The suspect in custody lives in Florida near a facility through which the packages were mailed, according to a source close to the investigation, as cited by The Washington Post.  It is not immediately clear if the suspect acted alone or was assisted.

Law enforcement officials are continuing to look for clues to find the serial mail bomber, or bombers who sent a total of 12 (to date) packages containing what look like explosive materials to prominent members of the US Democratic party, critics of President Trump, and to CNN’s bureau in New York.

Dr Joseph Fitsanakis, an associate professor of politics in intelligence and national security studies at Coastal Carolina University, told Sputnik that his best guess is an individual “acting largely alone” and “clearly hoping to ignite any kind of sectarian violence in America and possibly destabilize the already fragile political system in this country.”

“If you look at the list of targets or potential targets they were clearly politically motivated, so there’s a clear connection between these attacks and political life in America as a whole,” Fitsanakis remarked.

Detailing the way he pictures the perpetrator or perpetrators, he said it would be “highly likely that we’re talking about domestically located individuals or individual, probably Americans, who have very strong political views.”

“In other words we're talking about mostly domestic far-right extremists not connected to Islam, not connected to any kind of outside forces or groups,” he said, stressing the worrisome fact that the attacks are certainly “targeted against individuals.”

One of the key questions posed in the ongoing investigation into the case, classified as domestic terrorism, is why none of the bombs detonated and if they were designed to ever do so at all, although according to an official cited by CNN, the bombs so far appear to contain a sulfur substance, which might be an ingredient to potentially blast.

However, Ryan Morris, a former police bomb squad commander, told The Telegraph after analyzing the released images that he believes the devices are “fake,” “not functional” and “meant to scare people.”

Morris, who is the CEO of Tripwire, which provides explosives training to law enforcement officials, said that an advanced explosive device “wouldn’t look like a bomb,” adding that his students “can typically build these in five minutes.” He underscored that the devices appeared to be timed devices and feature poorly concealed evidence of the attacks being purely amateurish operations.

Jimmie Oxley, a University of Rhode Island chemistry professor and explosives expert, said “some kind of a wacko” is behind the attacks, “rather than an organization trying to accomplish something.” “Evil, mad, has a grudge. A little mix of all of these," he summed up the portrait.

The two latest parcels with suspicious contents bring the total number of “potentially explosive devices” to 12.

Most recently, on Friday, the FBI confirmed that they had spotted a parcel "looking similar to the others" that was addressed to Democrat Sen. Cory Booker in Florida.

Separately, former Director of National Intelligence James Clapper was the target of another bomb-like device recovered in Manhattan, a person familiar with the matter told USA Today Friday.

The #FBI has confirmed an 11th package has been recovered in Florida, similar in appearance to the others, addressed to Sen. Cory Booker.

Before that, the first ten potentially deadly devices were mailed to prominent American public figures, including former President Barack Obama, former Vice President Joe Biden, former Secretary of State Hillary Clinton, billionaire activist and Democratic donor George Soros and actor Robert De Niro. Luckily, no suspected packages have so far injured anyone, although the police have urged the public to remain on high alert. Donald Trump addressed the incidents saying "the bomb stuff" was distracting people from the upcoming midterms.