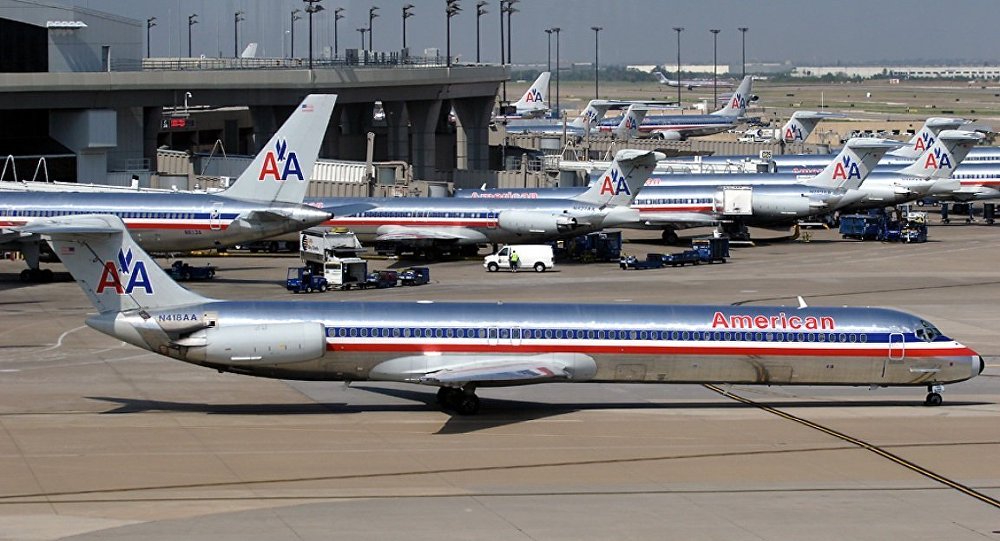 According to the Local10 ABC News outlet, the flight N257 was scheduled to depart Miami International Airport at 6:50 p.m. local time. However, the flight was delayed and local authorities have launched the investigation into the incident.

​"All passengers have been contained and safety protocols have been set in place. Adjacent gates have been cleared," the Miami-Dade Police department said in a statement on Twitter.

According to the media outlet, police officers are also checking passengers' cell phones.

Earlier this week, packages containing explosive devices were sent to former US government officials and media outlets. The FBI warned that additional packages could be en route to other targets and that the public should not touch, move or handle any suspicious or unknown packages.