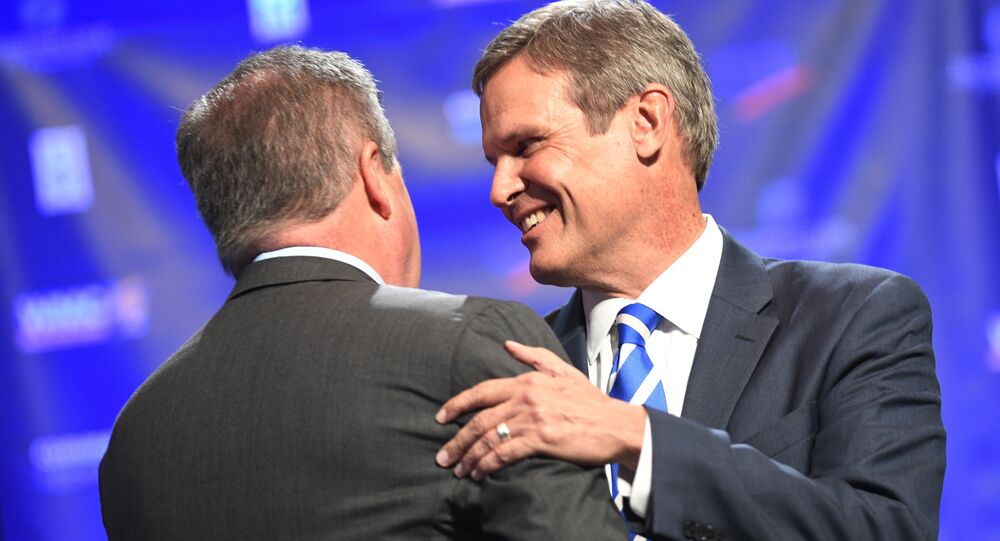 A Highway Patrol trooper in Tennessee has been disciplined for violating a non-disclosure agreement he signed before joining the security details of two opposing gubernatorial campaigns.

Trooper Anthony Bull was assigned on September 7 to the Executive Protection Unit for Democrat candidate for governor Karl Dean and his Republican counterpart Bill Lee.

Internal reports from a Department of Safety & Homeland Security investigation say Bull met with Lee's driver to discuss the candidate's schedule for the day. Bull mentioned that he would be providing security to Dean later in the afternoon and "divulged locations that Nominee Karl Dean would be attending," the documents say, according to the Tennessean.

Bull later admitted to supervisors that he got "too chatty" with Lee's driver. "I informed the driver that I would be out of my element due to the itinerary including Morristown, Newport and a Muslim event in Knoxville," he wrote in a memo.

Bull's superior — a Tennessee Highway Patrol lieutenant — was traveling with Lee later on and heard the driver recounting the information Bull provided to him. That information included that Dean would be attending a "Muslim event."

Lee apparently said, "I would love to have a photo of that," the lieutenant's memo says.

There are two accounts of what happened next. According to the memo, a campaign staffer "jokingly" asked the lieutenant if he could have one of his troops "take a photo for us."

But another document, a summary of the case for the department's internal investigation, says that Lee "jokingly asked" the lieutenant if Bull could take the photo.

Bull wrote in a memo about a week later that Lee's campaign "wished they could get a picture of the other party inside a mosque."

That request — even had Bull intended to fulfill it — would have been unfruitful, as Dean was really just holding an event in a falafel shop owned by a member of the Muslim community. He even tweeted photos from it himself.

The lieutenant later contacted Bull's supervisor over the apparent breach of agreements with the campaigns to hold their information — including their daily schedules — and any photographs secret from one another's teams and the public at large.

A spokeswoman for the Lee campaign said the candidate doesn't remember what happened. "Bill has no recollection of the conversation being described in the report," Laine Arnold said in a statement for the campaign. "He has great respect for the [Tennessee Highway Patrol] members involved, but this sounds like a miscommunication."

Dean's campaign spokeswoman Paige Hill said that the event drew customers and supporters of various religious identities to the restaurant, adding that the campaign is "proud of our supporters no matter what faith they are."

"It's just wrong for a political candidate to ask state law enforcement to take photos at our event," Dean himself said in a Tuesday statement. "If the Lee campaign wanted a photo, all they had to do was ask me or look at my campaign's social media, not ask a state trooper to violate their rules and obligations."

Tennessee Department of Safety & Homeland Security Commissioner David W. Purkey said that as soon as the allegations were levied against Bull, he was removed from protective detail, and an internal investigation was ordered.

The probe found that Bull's actions "violated confidentiality agreements." Purkey said that he "disciplined the trooper, including a suspension, and he's been removed from any further details," adding that he extended an apology to both campaigns.