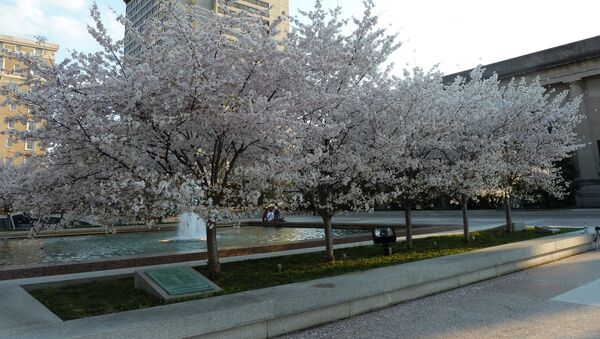 WASHINGTON (Sputnik) - Lawmakers in the US state of Tennessee blocked a vote on a resolution to denounce and oppose neo-Nazi and white nationalist movements as terrorist organizations, according to media reports.

The House State Government Subcommittee on Wednesday did not approve a second motion to proceed on the measure, and, therefore, the bill will not be advanced, a newspaper The Hill reported.

No to Nazism - Rallies Occur Across US Over Deadly Virginia March
Democratic Congressman John Ray Clemmons rolled out the resolution saying that white nationalists and neo-Nazis remain real threat to social progress as they promote intolerance and violence.

Clemmons argued that white nationalists and neo-Nazi groups’ agenda has led to acts of violence "that continue to terrorize members of ethnic, racial and religious minority communities."

Following the vote on Wednesday, Clemmons said, as quoted by The Hill, that his measure was thrown out by Republican majority for unknown reasons.