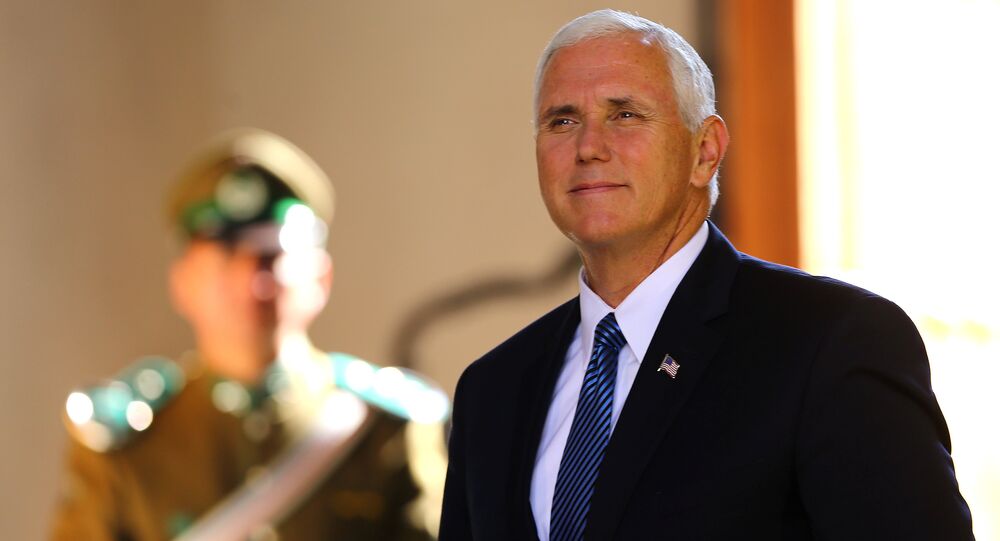 Pence’s speech at a conservative Washington-based think tank has reiterated a sharpened US approach towards the second biggest economy.

According to him, Chinese security agencies are behind the major theft of US technological breakthroughs, including advanced military blueprints, being largely "more active than ever" in exerting pressure on US policies and intefering in the country's domestic affairs.

"China has initiated an unprecedented effort to influence American public opinion, the 2018 elections and the environment leading in the 2020 presidential elections," Pence said. "President Trump's leadership is working, and China wants a different American president."

Citing a senior member of the US intelligence community, he remarked that "what the Russians are doing pales in comparison to what China is doing across this country."

The Vice President accused China of using political, economic and military tools, as well as propaganda, in order to further advance its interests in the US.

While taking the floor at the United Nations in New York last week, Donald Trump alleged that China was looking to interfere in the much-anticipated November 6 elections, which mark the middle of Trump's presidential term, to punish him for of his trade stance. Neither Trump nor Pence provided evidence of Chinese meddling, while China has since vehemently denied the claims.

The two biggest economies are currently in the midst of a fierce trade spat. China-US trade tensions escalated in March this year after Trump announced import tariffs on steel and aluminum to be slapped on the better half of US trade partners, including China. Washington and Beijing have thereafter imposed several rounds of tit-for-tat tariffs, with bilateral trade consultations so far failing to put a full stop to the mounting trade war.

China Will Not Be Blackmailed