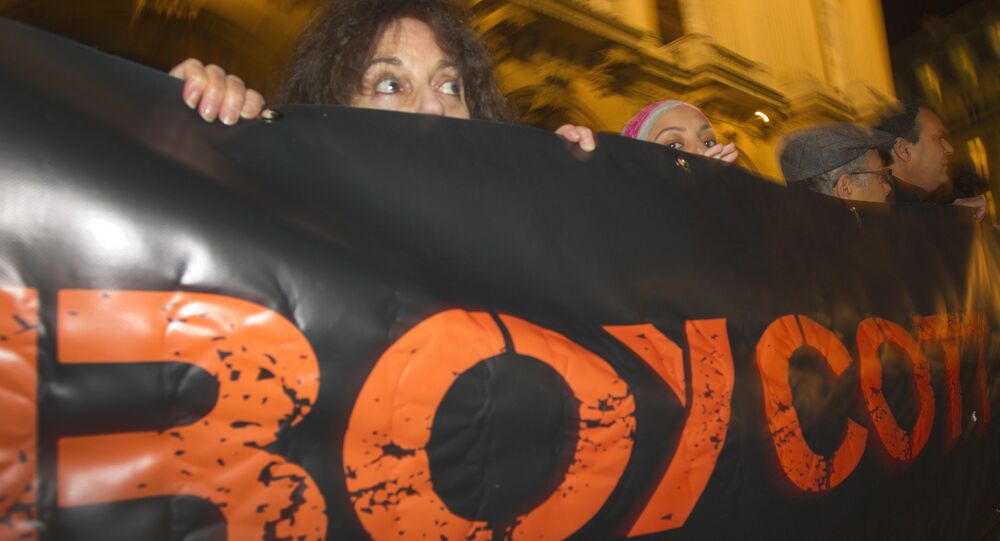 Although the politically engaged pro-Israel platform Canary Mission has long raised controversy, going to great lengths to disguise its sources of funding, a number of recent public financial statements appear to shed some light on them. The charity hasn’t yet commented on the revelation.

A major US-based Jewish charity, the Jewish Community Federation of San Francisco with an over $100 million budget, has been covertly earmarking money for an online blacklist targeting, along with prominent pro-Palestinian activists, undergraduate students who appear critical of Israel, The Forward revealed.

In late 2016 to early 2017, the Helen Diller Family Foundation, which operates by “conducting or supporting activities for the benefit of” the San Francisco federation, according to public tax returns cited by the edition, earmarked $100,000 for Canary Mission. It notably donated to the Central Fund of Israel, a New York-based charity that serves as a conduit for US taxpayers wishing to financially back right-wing groups in Israel. According to its tax filings, the Diller Foundation listed the purpose of the grant as “CANARY MISSION FOR MEGAMOT SHALOM.”

According to the edition, Megamot Shalom appears to be an Israeli public welfare organization that operates or previously operated Canary Mission, since Megamot Shalom’s public and most transparent financial reports featured two signatures, one of them being Jonathan Bash’s. The latter is a British-born Jerusalem resident who, two people told The Forward under the condition of anonymity, identified himself to them as the person in charge of Canary Mission, as The Forward first reported in August.

Meanwhile, neither of the two structures, the Diller Foundation and the San Francisco federation, have responded to the array requests for comment.

Since it first saw the light of day in mid-2015, Canary Mission has been posting compromising dossiers on US student supporters of Palestinian rights, aiming to undermine their reputation and subsequently rid them of chances to find good jobs. The site is, meanwhile, untraceable, with no open-sourced, confirmed information on the website’s donors.