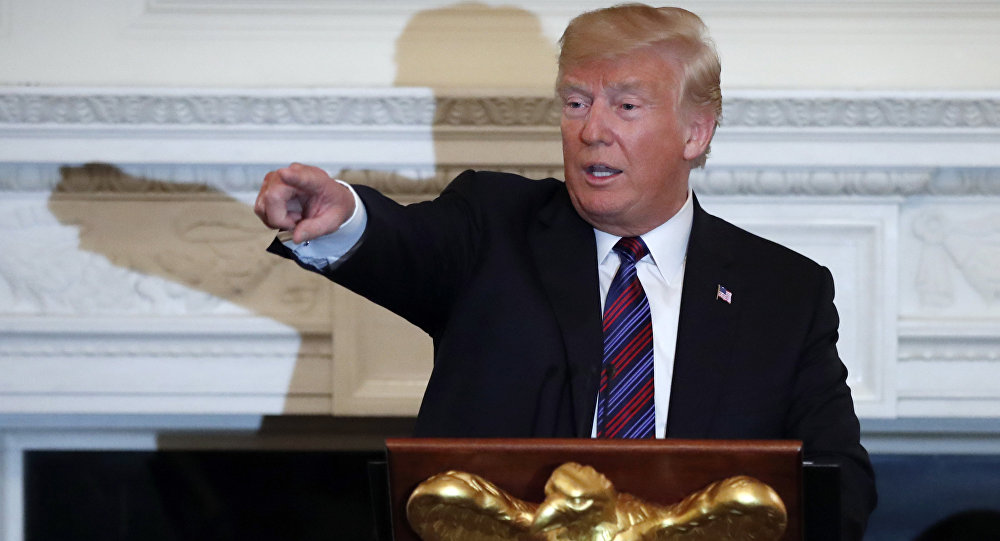 US President Donald Trump hosted a dinner at the White House for about a hundred Christian evangelical leaders on August 27.

Jeffrey Toobin, legal analyst for CNN, has announced that Donald Trump allegedly appealed to racism during his latest interaction with evangelical supporters.

"Let’s be clear also about what’s going on here. The theme here is, ‘I’m Donald Trump and I’ll protect you from the scary black people,’" he said.

Toobin’s commentary came in response to the remarks made by Trump during a dinner with evangelical leaders at the White House, where the president warned that Democrats "will overturn everything that we’ve done, and they’ll do it quickly and violently."

"There’s violence. When you look at antifa and you look at some of these groups, these are violent people," Trump said, as quoted by Haaretz.

"Antifa is widely perceived as an African-American organization, and this is just part of the same story of Lebron James, Don Lemon, Maxine Waters, NFL players, UCLA basketball players – this is about black versus white. This is about Donald Trump’s appeal to racism, and it just happens all the time," Toobin claimed.

About a hundred American Christian evangelical leaders attended a dinner held at the State Dining Room of the White House and Hosted by US President Donald Trump himself, on August 27.

During the event, Trump told those in attendance that “it's imperative that people of faith vote in the midterms so the progress can continue,” according to CBN News.