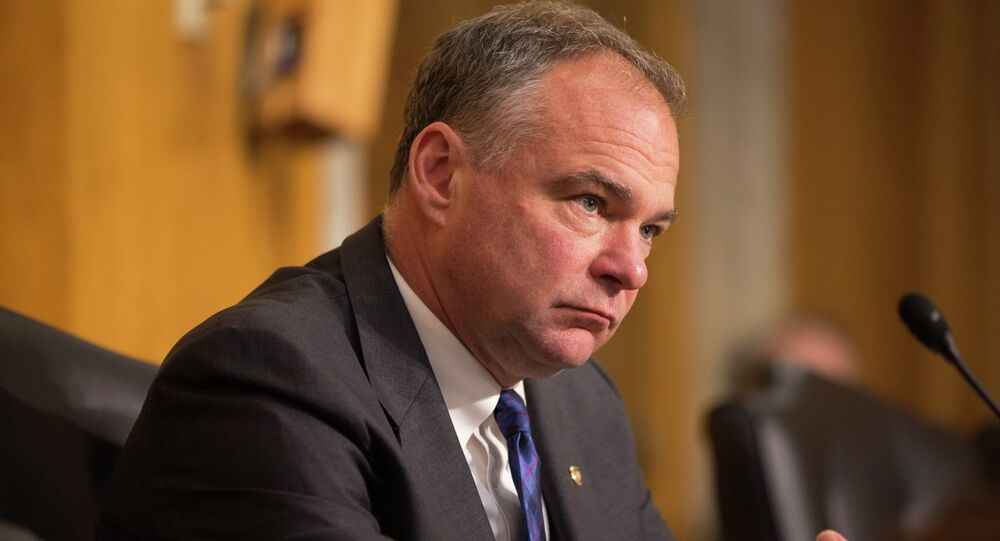 On Friday, Corey Stewart - a Republican nominee for the US Senate in Virginia with ties to white supremacists - tweeted a photo of Democratic opponent and current Virginia Senator Tim Kaine shaking hands with Joseph Stalin, the former General Secretary of the Communist Party of the Soviet Union.

The photoshopped image was captioned with "Archival photo: Tim Kaine discussing economic policy with Josef Stalin in 1944!" and included the hashtag "#AntifaTimKaine."

The image of the USSR leader appears to have been lifted from a historic photograph depicting a meeting between Stalin, former UK Prime Minister Winston Churchill and former US President Harry Truman on July 17, 1945.

The conservative Republican's tweet appears to be an effort to link Kaine to ‘antifa' for anti-fascist groups who routinely clash with the white supremacist and neo-Nazi groups supported by Stewart.

It appears that Stewart's inflammatory rhetoric will not end anytime soon.

"We're still digging through Tim Kaine's old albums — just wait until you see the photo of him playing golf with Karl Marx!" Stewart wrote in a recent emailed statement to the Hill.

On Wednesday, the GOP candidate tweeted another photoshopped image of Kaine, in which the latter appears sitting with a group of guerilla fighters in Nicaragua who were known as the Contra Rebels.

"The point of that photo is to demonstrate that this guy is connected and has supported left-wing thugs his entire career," Stewart declared this week, WSLS reported.

"It was so amateurishly done that people realized it was a lie," Kaine noted, responding to the absurd tweet, "When he was caught, he said, 'Oh yeah, you're right. I photoshopped it.' If you would lie about something like that, what more can be said? You show who you are."

Stewart, who won the Virginia GOP primary in June, is backed by US President Donald Trump in a US Senate race against the former Virginia governor. The Republican candidate is under heavy criticism for his defense of Confederate monuments and for his many ties to white nationalist groups, including those that marched in a deadly riot in Charlottesville in 2017.

According to recent reports, GOP candidate Stewart has routinely used racial stereotypes to denigrate NFL players who refuse to stand for the US national anthem in protest of widespread racial injustice and ongoing police brutality in America.

"A lot of these guys, I mean, they're thugs, they are beating up their girlfriends and their wives," Stewart claimed of antifa protestors in a loose-knit video posted in September 2017 to his Facebook page, the Hill reported Friday.

"You know, they've got, you know, children all over the place that they don't pay attention to, don't father, with many different women, they are womanizers. These are not people that we should have our sons, or any of our children look up to. We need to have our children look up to real role models," the white supremacist candidate warned.

US Dems to Propose Const. Amendment to Block Trump From Revoking Clearances