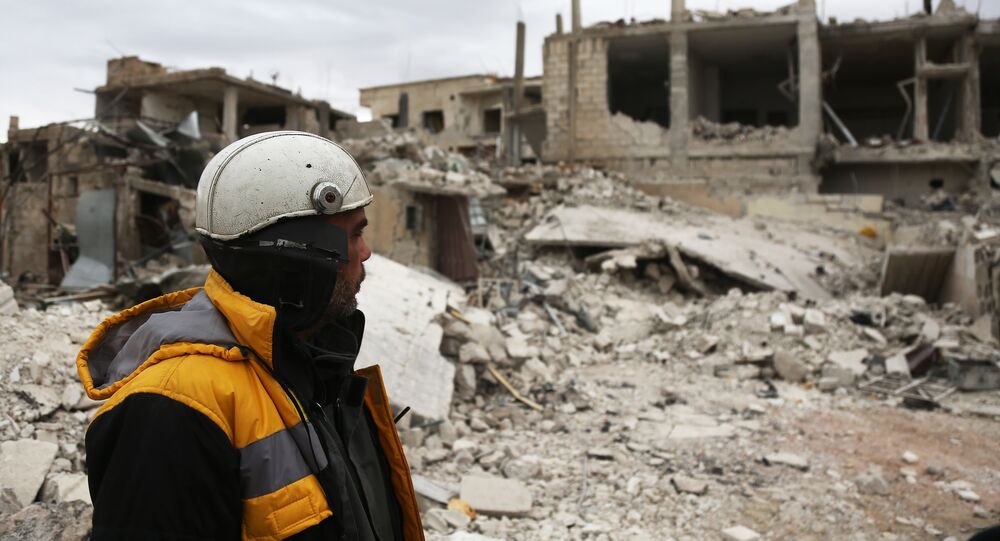 The United States welcomes the recent evacuation from Syria of members of the White Helmets non-governmental organization (NGO) and their family members, the US State Department said in a press release.

"The United States welcomes the safe evacuation of more than 400 members of the Syrian Civil Defense, otherwise known as the White Helmets, and their families from southwest Syria. We are glad that these ‎brave volunteers, who have saved thousands of lives, are now out of harm's way," the press release read.

© AP Photo / Syrian Civil Defense White Helmets
US 'Unlikely' to Accept White Helmets, Who They Know to Be 'Terrorists'- Journo
The press release noted the role of Israel in facilitating the transit of the organization's members, Jordan's "generosity" in providing support to their processing by the UN refugee agency (UNHCR) as well as the commitment of Canada, the United Kingdom and Germany to provide the activists and their family members with permanent homes.

On Sunday, Israeli Prime Minister Benjamin Netanyahu confirmed the Israeli authorities had evacuated the White Helmets activists from Syria, stressing that it was done, in particular, at the request of US President Donald Trump and Canadian Prime Minister Justin Trudeau.