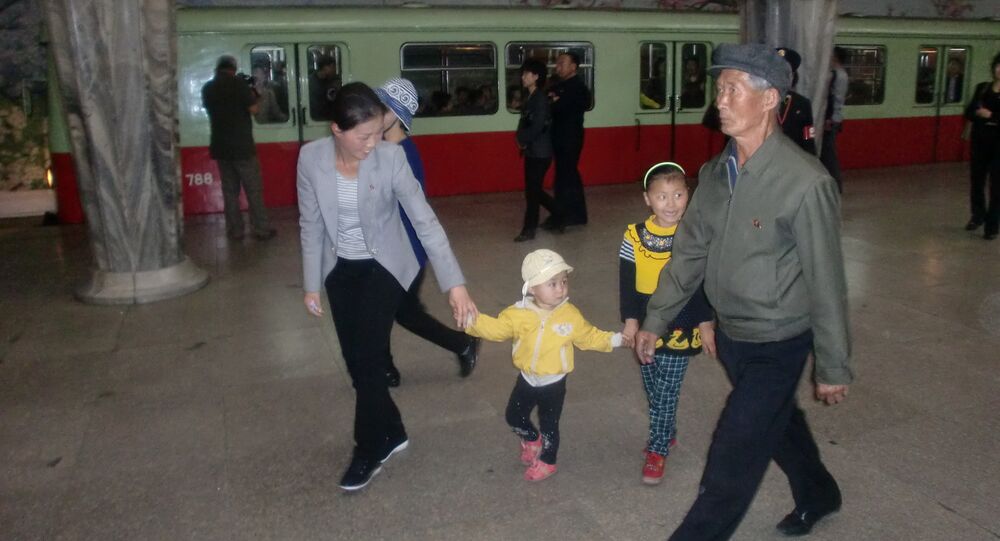 WASHINGTON (Sputnik) - US President Donald Trump in a statement issued by the White House said he signed legislation that intends to promote human rights in North Korea and contains provisions that require him to direct negotiations with foreign powers.

"Today, I have signed into law H.R. 2061, the ‘North Korean Human Rights Reauthorization Act of 2017,’" Trump said in the statement on Friday. "This legislation is intended to promote human rights and freedom in the Democratic People's Republic of Korea."

The legislation, like its predecessor, Trump added, contains provisions "that could be read to require the President to adopt a particular foreign policy of the United States or to direct negotiations with foreign governments and international organizations."

© REUTERS / Damir Sagolj
DRL: US Allocates $1.5Mln for Projects Supporting Human Rights in North Korea
Trump said he has directed his administration to implement all provisions consistent with his constitutional authority to conduct foreign affairs.

UN Special Rapporteur on the situation of human rights in North Korea Tomas Ojea Quintana said earlier that though human rights were often considered an inconvenience during delicate negotiations, experience has shown that "there can be no genuine, peaceful and sustainable transition without it."

The UN special rapporteur's statement provided figures on the humanitarian situation in North Korea, saying that more than 10 million people (40 percent of the North Korean population) required humanitarian aid, while early childhood malnutrition and nutrition insecurity were widespread in the country.

The long-standing tensions on the Korean Peninsula started to ease after North Korean leader Kim Jong-un expressed his commitment to denuclearize the country, and held historic summits with South Korean President Moon Jae-in in April and Donald Trump in June.