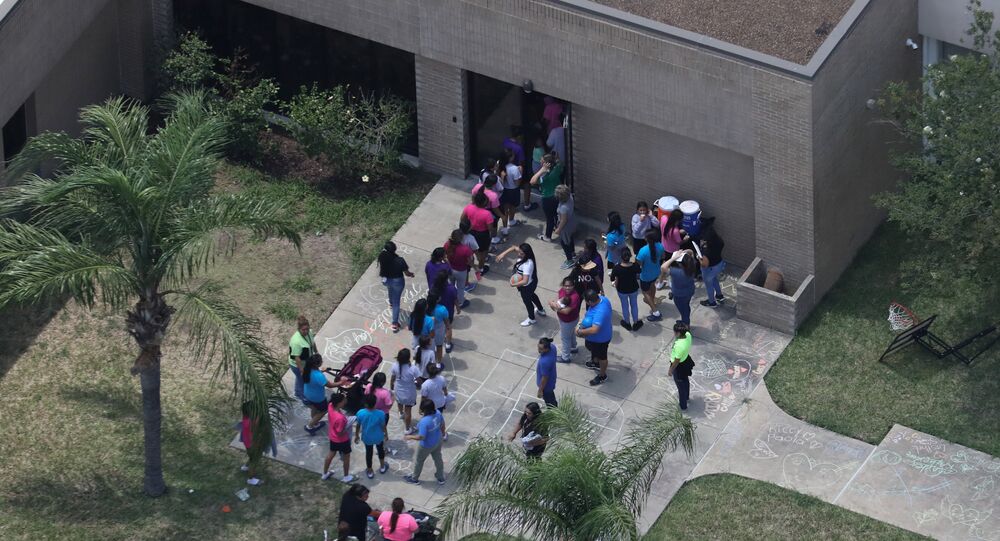 WASHINGTON (Sputnik) - US state of Illinois Governor Bruce Rauner in a financial disclosure statement revealed that he has investments tied to a healthcare solutions firm that provides services to immigration detention centers.

"List the identity of any capital asset from which a capital gain of $5,000 or more was realized during the preceding calendar year [2017]," the document said.

Listed among more than 50 holdings is a fund from GTCR partners which owns a stake in Correct Care Solutions (CCS), a Tennessee-based healthcare company that services federal correction facilities including migrant detention centers.

The document also revealed that Rauner still has a "partnership interest" in GTCR, a private equity firm he helped found. Rauner retired from the firm in October of 2012, about two months before the firm acquired Correctional Healthcare Companies which was combined with CCS in 2014.

© AFP 2020 / LIONEL BONAVENTURE
Wikipedia Adds US Migrant Detention Centers to Page Listing Concentration Camps
The disclosure does not give details on the level of profit from Correct Care, besides indicating that the governor profited by $5,000 or more from GTCR’s Fund X, which is tied to CCS.

Rauner denied making direct investments in CCS, according to Politico.

The report comes amid nationwide debates over President Donald Trump's "zero-tolerance" immigration policy, which has separated thousands of children from parents apprehend for allegedly crossing the border illegally. In an effort to stem the controversy, Trump last month signed an executive order to end the separations, but the reunification process is taking longer than planned.