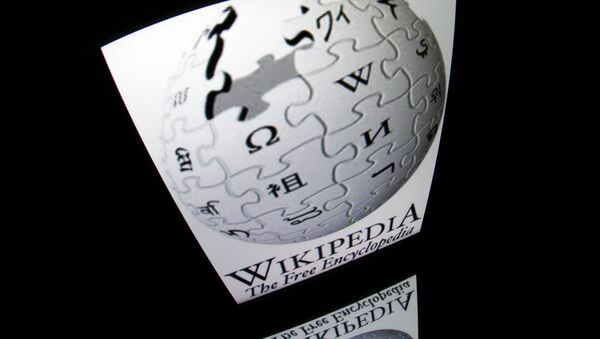 Someone on Wikipedia actually added the US’ detention centers that house children of illegal immigrants arrested on Mexican border to a page that lists concentration and internment camps in history, placing them alongside Nazi death camps and camps used during Native American removals.

The page in question lists all known concentration and internment camps by countries, including Australia, China, Finland, France and many others. A large portion of the page has been dedicated to various camps owned by the United States over the course of its history.

However, the most recent addition to the list — a paragraph of 98 words — lists detention centers run by the US Department of Health and Human Services that house children of parents apprehended at the border as internment camps.

"As part of the 2018 Trump administration's family separation policy, nearly 2,000 children of asylum-seeking families have been separated from their parents and placed in detention centers," the current version of the page reads.

WH Must Stop Separating Minors From Parents at Border - US Chamber of Commerce
Curiously, the 98-word paragraph has sparked a 2,614 word controversy on the discussion page. Some of the editors argued that US Border Centers should never be put on the same level as Auschwitz or Treblinka and that doing so denigrates the atrocities of the Nazi regime.

Others defended the addition, noting that "internment" does not necessarily mean the mass eradication of people.

"No comparison with extermination camps or the Holocaust is being made here. But this is a list of concentration and internment camps, and these are very clearly internment camps. For children. In America. In 2018. For shame." says an editor who goes by the moniker The Anome.

Opponents of the edit say that children are not being "imprisoned" but rather "being processed for release to a guardian."

While some editors called for the page to be locked from editing in order to prevent vandalism, the page remains free for editing as this story goes to publication.

Earlier on Tuesday, Michael Wildes, First Lady Melania Trump's own immigration lawyer (she is from Slovenia), spoke out against the Trump Administration's "zero tolerance" immigration policy, calling it "reminiscent of detention centers of Nazi Germany, of the slave trade," Salon reported.

However, US Attorney General Jeff Sessions has defended the policy. "[Nazi comparisons are] a real exaggeration, of course. In Nazi Germany, they were keeping the Jews from leaving the country," Sessions told Fox News Monday.