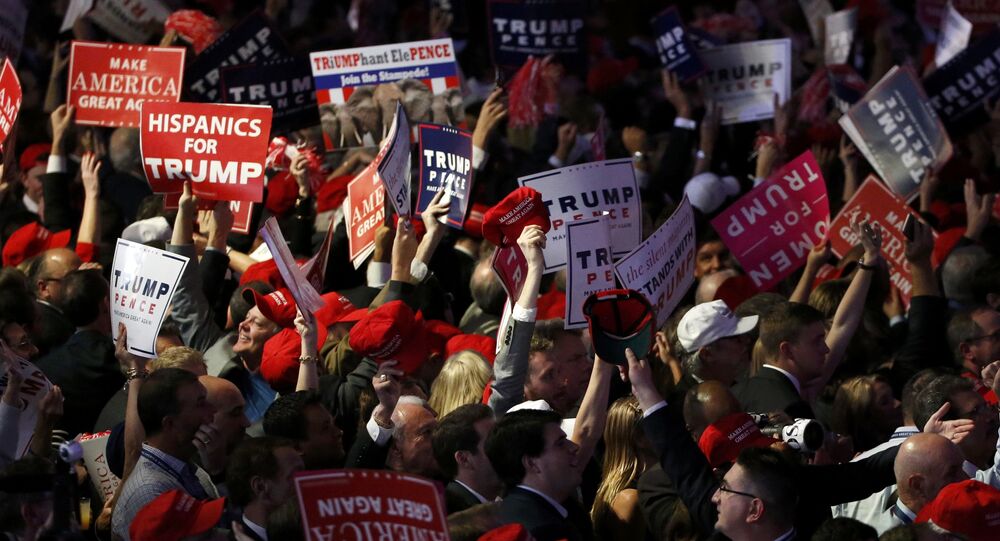 In a shocking television outburst, former CNBC host Donny Deutsch upped the ante from calling Trump voters a “basket of deplorables” to “evil” and “bad guys,” comparing them to Nazis for supporting the President of the United States.

Talking to MSNBC TV show Morning Joe on Friday, Deutsch lambasted supporters of US President Donald Trump, calling them all sorts of bad names, which include "evil", "bad guys" and Nazis, not unlike Hillary Clinton, who called potential Trump voters a "basket of deplorables" back in 2016, when she was competing with him for the White House.

According to Deutsch, Trump voters bear full responsibility for any actions the president takes, which he characterized as "evil."

"We no longer can say Trump's the bad guy," he said. "If you're voting for Trump, you're the bad guy."

"If you vote for Trump, you're ripping children from parents," he said, referring to US border policy of taking children of illegal immigrants to internment camps, where children await being transferred to next of kin or a sponsor while their parents go to jail.

"If you vote for Trump, then you, the voter, not Donald Trump, are standing at the border, like Nazis, going ‘you here,' ‘you here'."

© REUTERS / Dado Ruvic
US National Guard Member Toys With Idea of Massacring Immigrants on Facebook (PHOTO)
Deutsch is not the first one to compare the processing centers for children of illegal immigrants to Nazi practices. Earlier last week, former CIA director Michael Hayden tweeted a photo of a Nazi death camp with the caption, "other governments have separated mothers from children." And the online encyclopedia Wikipedia recently recategorized the US' migrant camps as "concentration and internment camps," placing them alongside the likes of Nazi death camps and those used by the British to control native populations in Kenya and Malaya.

Such comparisons sparked outrage among many. Earlier this week, CNN's Wolf Blitzer, talking in an interview with Hayden, said his grandparents had been murdered at the Auschwitz concentration camp and that no matter how much controversy Trump's policy sparked, "it certainly is not Auschwitz."