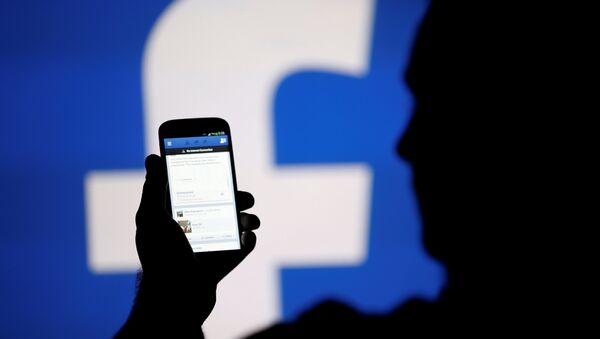 © REUTERS / Dado Ruvic
Subscribe
A member of a Oregon’s national guard was punished writing on Facebook that immigrant children separated from their parents in temporary detention centers should feel “lucky we aren’t executing them.”

A US Army National Guardsman in Oregon was disciplined for posting a comment on Facebook fundraiser seeking to raise money to provide legal services to families separated at the border under US President Donald Trump's recently-reformed "zero tolerance" policy.

The guardsman said the families were "lucky we aren't executing them."

Maj. Stephen Bomar, a spokesman for the Oregon Military Department, told the Oregonian for a story published Friday that the "large outcry" the guardsman's comment generated brought it to the attention of his fellow guardsmen.

Since then, the individual has been punished, however Bomar did not specify what the punishment entailed. "This is a horrible thing that he posted, we all know that," he said. "It's unacceptable, horrific and doesn't reflect the values of our organization as a whole."

The national guard member, 21-year-old Gerod Martin, called himself a "young buck serving his country" on his now-scrubbed Facebook account. The young buck admitted to his superiors that he wrote the comment on Wednesday under a post about the viral fundraiser, which has $18.9 million from nearly 500,000 donors.

"Waste of money," Martin wrote. "They're lucky we aren't executing them."

If the past few years have taught us anything, it should be that social media is not a force one should reckon with. While the comment was also deleted, it was screenshotted and posted widely on the internet.

000000
Popular comments
He is brainwashed. This is a widespread Zionist attitude toward all non Jews, like the Israeli snipers shooting Gaza civilians. It is the result of a hundred years of Hollywood movies glorifying war, murdering Native Americans, and making sociopathic murderers in the Pentagon into heros.