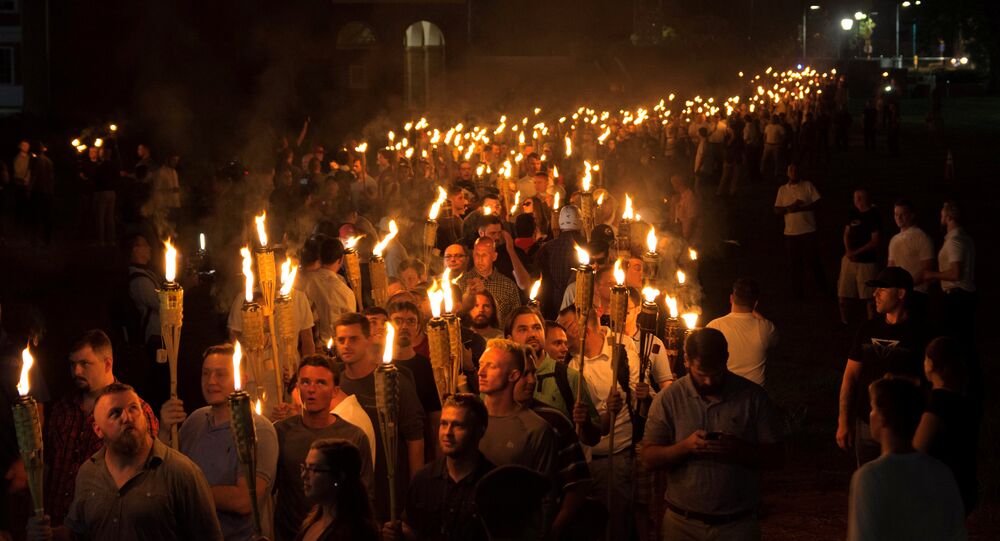 Jason Kessler, the organizer of the August 2017 neo-Nazi rally in Charlottesville, Virginia, that left one protester dead and 19 injured, as well as two police officers dead, has successfully had his a permit approved for a rally in Washington, DC, on the one-year anniversary of the fateful weekend.

Kessler's permit for a "white civil rights" rally was approved Wednesday by the US National Park Service, to be held at Lafayette Park in the nation's capital, immediately north of the White House. The permit has not been issued yet as the agency continues to gather information about the event, according to WTVR.

The rally is slated for the second week of August.

Kessler tried and failed to obtain an anniversary permit for the so-called "Unite the Right" held rally in Charlottesville on August 11 and 12 of 2017 but was denied by the city, citing a danger to public safety. Kessler sued Charlottesville in response to the denial on March 6 of this year and the matter remains unresolved in court.

The Charlottesville rally was held under the pretense of protesting the city's imminent removal of a statue to Confederate General Robert E Lee. It began on August 11 with a torch-lit march that chanted neo-Nazi slogans such as "Blood and soil" and "Jews will not replace us," and saw one brawl that night.

The following day, many more fights broke out. One so-called white supremacist protester drove a car through a crowd of counter-demonstrators marching peacefully, wounding 19 people and killing one person. Later, two police officers died after they crashed their helicopter over a golf course nearby.

"This year we have a new purpose," Kessler said, according to DC's local ABC affiliate, "and that's to talk about the civil rights abuse that happened in Charlottesville, Virginia last year."

At a previous rally in front of the Lincoln Memorial in Washington, DC, on June 25, 2017, Kessler told the crowd, "Lincoln was a traitor. Our entire country would be better off if the South had won the Civil War."

An anti-fascist organizer in Washington, DC, told Sputnik News Wednesday night that there are plans to protest the neo-Nazi event.