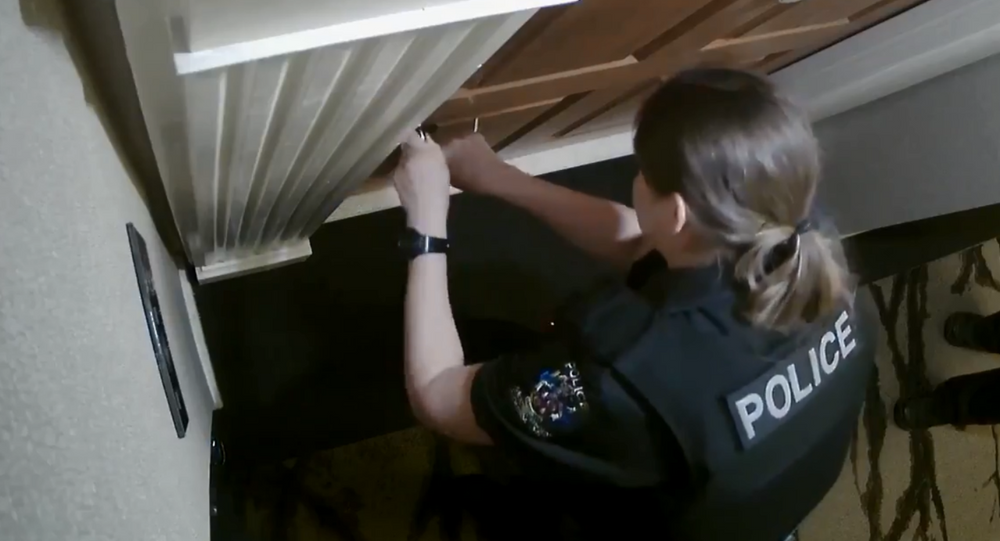 Obtained by The Intercept, the video shows officers first knocking on the door of Manning's Bethesda, Maryland, apartment and later popping the lock after no one responds. Moments later, three officers enter the home with their guns drawn as a fourth enters with their stun gun.

​"This is what a police state looks like," Manning, who was out of the country when the incident took place, told the publication." Guns drawn during a ‘wellness' check."

According to Montgomery County Police Captain Paul Starks, officers were sent to Manning's home after the department received multiple calls from "concerned parties" that had seen a tweet that included an image of Manning standing on the edge of a building with the caption, "I'm sorry."

Starks later explained that the decision to enter a home for a wellness check with guns drawn "depends on the officer," who "makes the decision based on circumstances that are affecting that officer in that specific situation." It's unclear if the department has official guidelines on how to conduct welfare checks.

The captain went on to explain that law enforcement officers "don't know what kind of circumstances they are entering when they enter a home" and that "the fact that a weapon is drawn doesn't mean that they are going to shoot it."

Janus Cassandra, Manning's friend, told The Intercept that if had the whistleblower been home, "she would be dead."

"There is absolutely no excuse for sending armed police to the home of someone who is having a suicidal episode," Cassandra told the publication. "As we've seen countless times, cops know that no matter what happens, they will be shielded from any accountability whatsoever."

The American Civil Liberties Union (ACLU) reported in May that so far in 2018, 64 people suffering from mental illness had been killed by law enforcement.

According to the Law Dictionary, welfare or wellness checks can be requested by friends, family and neighbors concerned about a loved one who they're unable to reach. Since welfare checks do not require a court order, officers only need to have "reasonable grounds to believe that an inhabitant in a residence is endangered" to enter a home.

Manning was convicted of six counts of espionage by a military court and sentenced to 35 years in prison in 2013 for sending thousands of military documents to WikiLeaks that included the Iraq War Logs and the Afghan War Diary. While in prison, the 30-year-old attempted suicide at least twice.