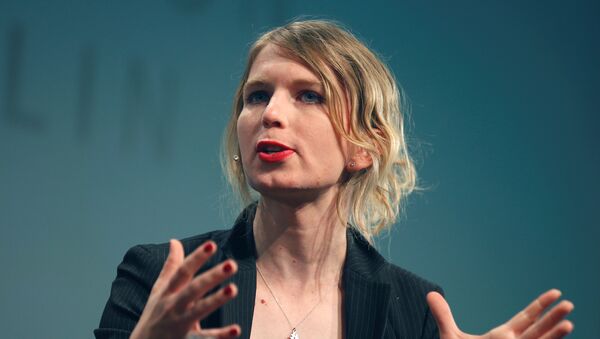 © REUTERS / Axel Schmidt
Subscribe
The US government is still deep in the business of mass surveillance, according to whistleblower Chelsea Manning. In fact, it’s only getting worse, she told the crowd at the C2 international business conference in Montréal, Canada, on Thursday.

"Ten years ago, I was working in military intelligence and I could feel the power, and could see how technology is implemented," Manning told the crowd at the Montreal Arsenal.

Manning spent seven years behind bars after blowing the whistle on the United States conducting extrajudicial killings in Iraq and Afghanistan when she turned over 700,000 documents to WikiLeaks in 2009 and 2010. Her 35-year sentence was commuted by then-US President Barack Obama at the end of his term in January 2017, and she was freed that May.

Since she's been out of prison, she said she's seen a "dramatic change in policing style and aggressive surveillance."

Manning noted that algorithms she worked on for data marketing in the mid-2000s to identify repeat customers were the "same algorithms… I employed in Iraq in 2009 and 2010. Now we were using these algorithms to target people not as customers, but as people to catch and kill."

"Everything we do every day has a political impact," she urged, the Toronto Star reported. "You're not helpless. You have power."