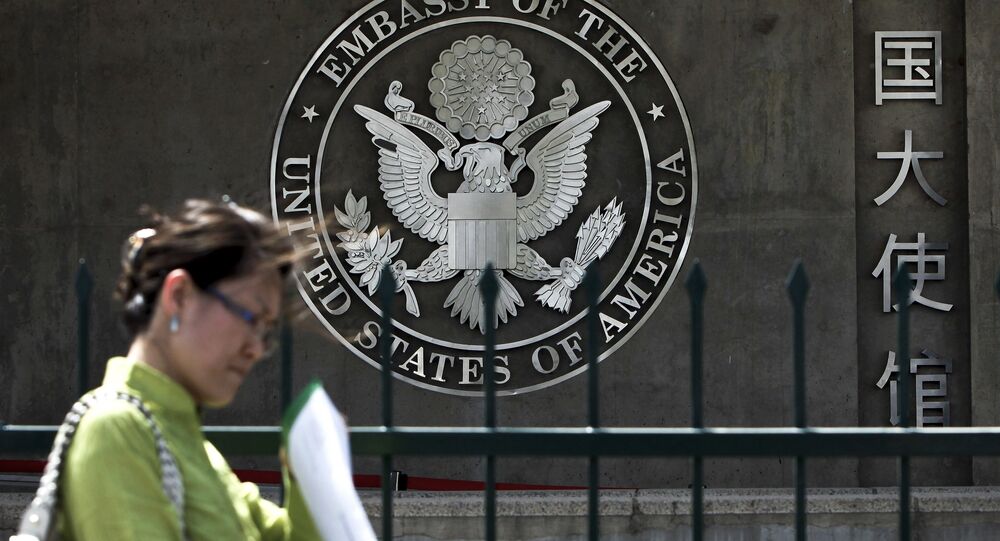 BEIJING (Sputnik) - On Wednesday, a US diplomat in China reported "abnormal" sensations of sound and pressure, which prompted the US government to start looking into the incident.

US Secretary of State Mike Pompeo said that medical teams were en route to Guangzhou to investigate after an alleged sonic attack similar to those reported in Cuba.

Meanwhile, the US State Department stated that the US consulate worker in southern China that had earlier reported symptoms similar to those of mild brain injury and head concussion returned to the US for further examination.

The department's statement comes as Washington has issued a health warning to American citizens in China after the US diplomatic employee in China reported "subtle and vague, but abnormal, sensations of sound and pressure," according to the press service of the US Embassy in China.

The embassy's statement provided no details regarding the location where the incident was registered, however, the contacts of the US Consulate General in the southern Chinese city of Guangzhou were attached to it.

The embassy, in particular, recommended to "consult a medical professional" in case of "concerns about any symptoms or medical problems that developed during or after a stay in China."

"While in China, if you experience any unusual acute auditory or sensory phenomena accompanied by unusual sounds or piercing noises, do not attempt to locate their source. Instead, move to a location where the sounds are not present," the recommendation said.

© AP Photo / Maya Alleruzzo
New Toys: Pentagon’s V-22 Tiltrotors Might Get Lasers, Sound Weapons
In November 2016, US diplomatic staff in Cuba said they began to experience symptoms and were subsequently treated for hearing loss, dizziness, balance problems and insomnia, all of which occurred after their exposure to alleged acoustic attacks.

Responding to these claims, the Cuban Foreign Ministry denied any Cuban involvement in the alleged attacks. During the investigation, the Cuban authorities did not find any "acoustic" or other weapons, which could be potentially damaging to the health of the US diplomatic staff, even among those who resided very close to the building of the US diplomatic mission.

US Trade Deal With China 'Moving Along Nicely' - Trump