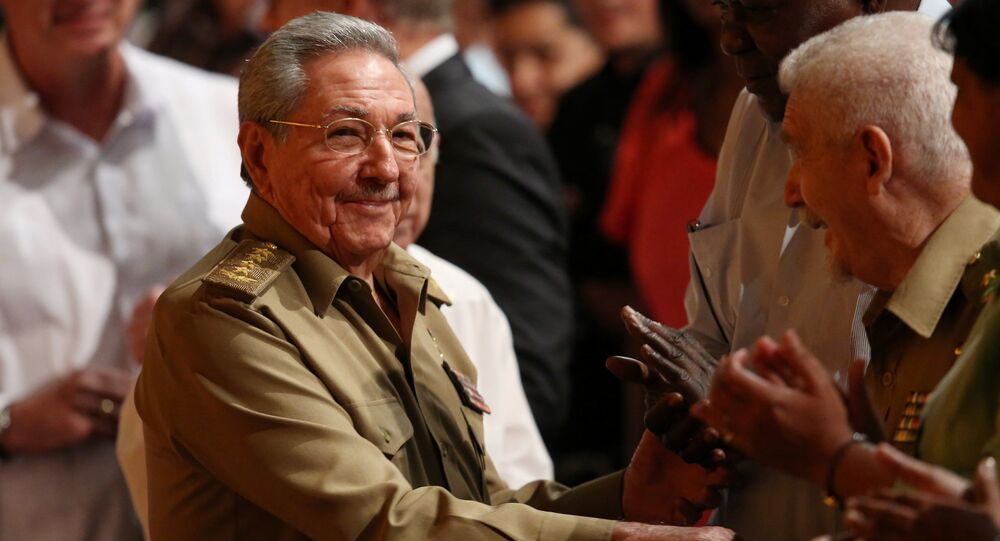 MEXICO CITY (Sputnik) - Cuban President Raul Castro addressed the national parliament on Thursday, where he rejected responsibility for alleged acoustic attacks on US diplomats on the island and confirmed his intention to remain President of Cuba until April, local media reported.

"I repeat that Cuba was and is not responsible for suspected incidents with accredited diplomats in the country; investigations by Cuban and US experts confirm this," he said in parliament, as quoted by the Cubadebate news website.

© AFP 2021 / YAMIL LAGE
Cuban Officials: Alleged Sonic Attacks on US Diplomats Are ‘Science Fiction’ and ‘Slander’
In November 2016, US diplomatic staff said they had begun to experience symptoms and were subsequently treated for hearing loss, dizziness, balance problems and insomnia, all of which occurred after their exposure to alleged acoustic attacks.

READ MORE: What's Wrong With Reports of 'Acoustic Attack' on US Diplomats in Cuba

Cuba’s octogenarian leader has confirmed he would stay president until a new National Assembly is elected in April, two months longer than planned.

"When a National Assembly is established, my second and last term as the head of state and government will come to an end and Cuba will have a new president," he said in parliament.

© AP Photo / Desmond Boylan
Russia Will Help Cuba to Restore its Infrastructure After 'Irmageddon'
Parliamentary elections were to be held in February, but the vote was put off in the aftermath of Hurricane Irma's destruction; the super-storm tore through the Caribbean island in September. The new date is April 19.

86-year-old Raul succeeded his better-known older brother Fidel in 2008. He was reelected for a second term in 2013 but promised not to run again in the 2018 elections.