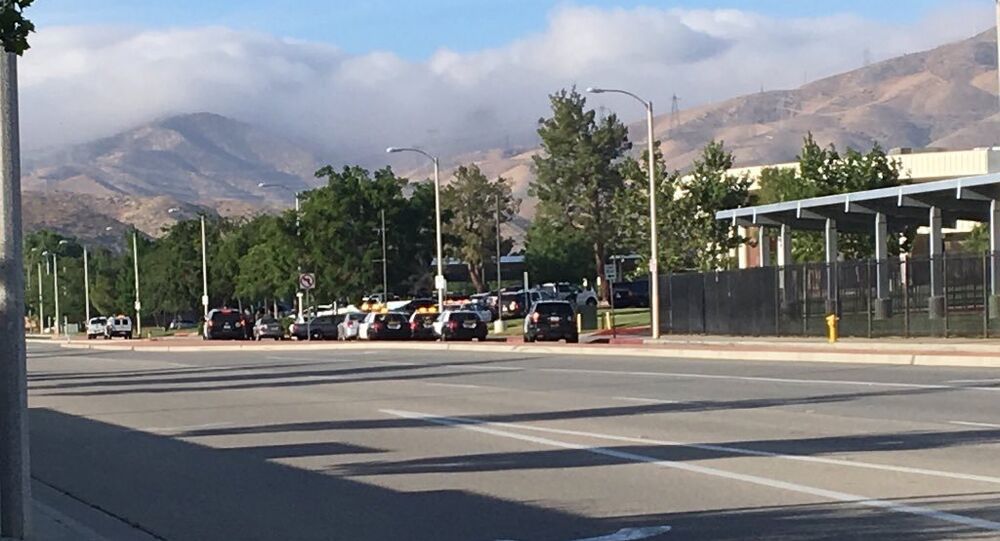 WASHINGTON (Sputnik) – The suspected shooter who opened fire on a high school in Palmdale, California has been identified as a 14-year-old student, Los Angeles County Sheriff’s office said in a statement on Friday.

"Subject is 14 year old male and student of Highland High School, detained off campus. Rifle recovered off campus," the sheriff’s office said in a Twitter message.

The victim, who has been hospitalized after being shot in the arm, is also a 14-year-old male student of the high school.

© Photo : Aiden Benjamin ‏/ twitter
Police Respond to Shooting at High School in US State of California – Reports (PHOTO, VIDEO)
An active investigation into the incident is still ongoing, the sheriff’s office added.

Shooting at Highland High School took place around 7 a.m. local time, and was followed by reports of gunshots at the nearby Manzanita Elementary School.