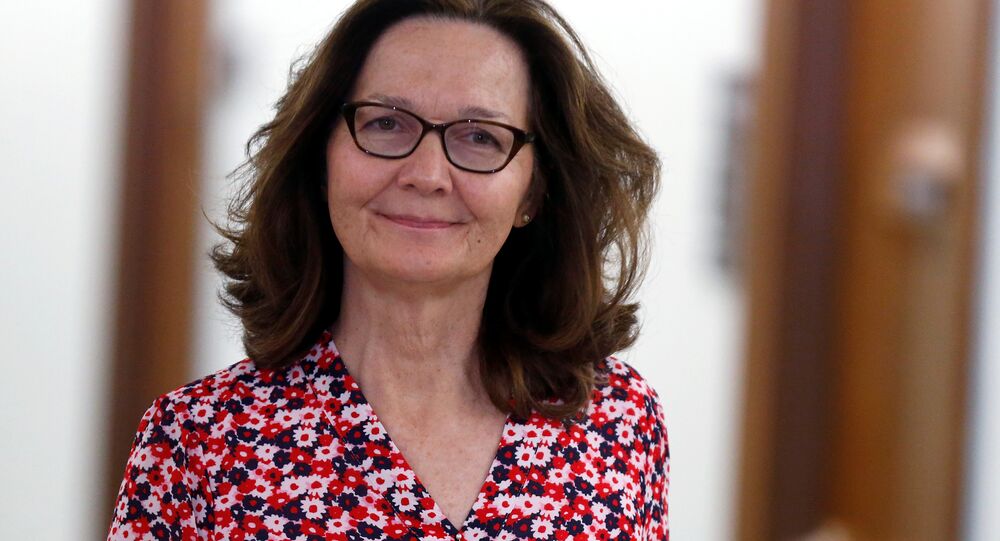 WASHINGTON (Sputnik) - Confirming Gina Haspel for the position of Central Intelligence Agency (CIA) director would undercut the work of US diplomats around the world who continuously explain to foreign counterparts why the US does not believe in torture, 115 former US ambassadors said in a letter to the Senate Intelligence Committee on Wednesday.

"Her confirmation will thus undercut the work of countless diplomats, military service members, and intelligence professionals who continue to engage with their foreign counterparts on why the United States believes that torture and other forms of abuse are not only morally wrong but strategically shortsighted and legally impermissible," the letter said.

The ambassadors said that if evidence proves Haspel participated in torture, detainee abuse, or destroying evidence related to those activities, her nomination should be rejected.

The diplomats said Haspel represents problematic choices made by American leaders in the wake of the September 11, 2001 attacks, according to the letter.

© AP Photo / J. Scott Applewhite
CIA Must Release Records on Haspel Involvement in Torture Program - US Senators
Haspel, who currently serves as acting CIA director, oversaw the interrogation of a detainee at a secret US prison in Thailand who was waterboarded 83 times in a single month. She also reportedly participated in the destruction of videos of interrogations that have since been characterized as torture and outlawed by Congress.

US media reported that Haspel has told multiple US Senators in private meetings that she would never allow the CIA restart an interrogation and detention program. The Senate confirmation hearing for Haspel will be held on Wednesday.