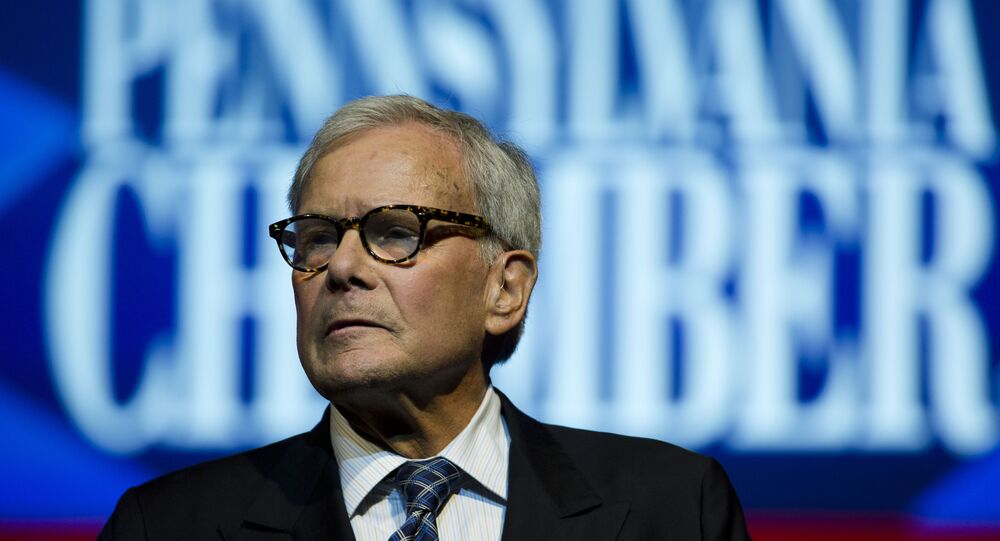 The letter, which was obtained by the Hollywood Reporter last Friday, talks about supporting "the conversation around abuse of power in the workplace" before diving headfirst into defending Brokaw.

"As professional women, we fully endorse the conversation around abuse of power in the workplace. In the context of that conversation, we would like to share our perspectives on working with Tom Brokaw," the letter reads. "We are current and former colleagues of Tom's, who have worked with him over a period spanning four decades. We are producers, correspondents, anchors, directors, executives, researchers, personal assistants, editors and technical staff."

The letter continues, "Tom has treated each of us with fairness and respect. He has given each of us opportunities for advancement and championed our successes throughout our careers. As we have advanced across industries — news, publishing, law, business and government — Tom has been a valued source of counsel and support. We know him to be a man of tremendous decency and integrity."

The letter was signed by several women, including Rachel Maddow, Andrea Mitchell and Maria Shriver.

By the time Monday rolled around, though, new reports suggested that female NBC staff who signed the letter felt as though they either had to sign the dotted line or say hello to the unemployment line.

"We felt forced to sign the letter supporting Brokaw. We had no choice, particularly the lower-level staffers," an unidentified staffer told Page Six. "The letter was being handed around the office and the unspoken threat was that if your name was not on it, there would be some repercussion down the road."

"Execs are watching to see who signed and who didn't," the unnamed staffer said.

"This was all about coming out in force to protect NBC's golden boy; the network's reputation is tied to Brokaw… if more women come forward, that's a big problem," they said.

A second staffer who spoke on the matter suggested to the publication that bigwigs such as Mitchell, who is the agency's chief foreign affairs correspondent, could be used to intimidate other victims into silence.

"When you have over 100 women like Andrea Mitchell signing a letter of support without knowing the facts, it's pretty scary," the insider said. "The letter will have a chilling effect on other women coming forward."

Not all NBC correspondents have jumped on the bandwagon and defended their colleague. Sitting down and talking about the allegations with fellow anchors Stephanie Gosk and Kate Snow, Megyn Kelly equated the situation to that which took place during her time with Fox News.