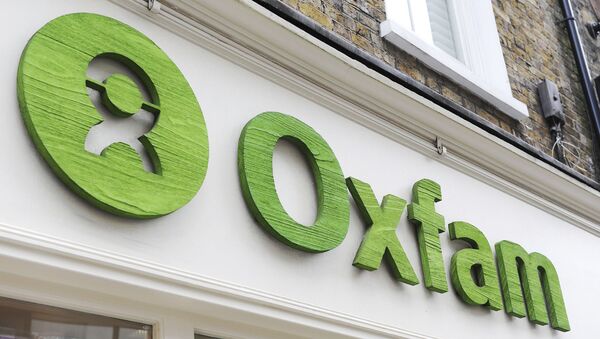 © AP Photo / Nick Ansell/PA
Subscribe
The British charity Oxfam, accused of staff misconduct, has been warned that it might lose millions of pounds in government funding. The charity's aid workers, including its most senior mission director, allegedly paid survivors of the 2010 Haiti earthquake for sex while there.

Oxfam will have some explaining to do on Monday when it meets the government to try and justify itself in the wake of the allegations that it tried to cover up revelations about its staff sleeping with prostitutes while on their mission in Haiti.

The UK's International Development Secretary Penny Mordaunt has lashed out at the company, saying it demonstrated a “failure of leadership.”

"It doesn't matter whether you've got a whistleblowing hotline, it doesn't matter if you've got good safeguarding practices in place. If the moral leadership at the top of the organization isn't there, then we cannot have you as a partner,” Mordaunt added.

Mordaunt also cautioned Oxfam that the government would cut its funding unless it can fully explain its handling of the issue, so the scandal could cost the charity $50 million, that's how much they received in the last financial year.

Eight Billionaires Own as Much Wealth as Poorest Half of World - Oxfam
Oxfam has denied any cover-up of the allegations, since the sexual abuse revelations came out on Friday.

Over the weekend Oxfam had announced several measures for the prevention and handling of sexual abuse cases.

They will be aimed at improving the vetting of employees, creating an external complaint line for whistleblowers and working with other charities to share information on sexual misconduct cases.

Oxfam issued a statement saying they are shocked and won't tolerate this: "Let us be clear: their behavior was and still is totally unacceptable – an appalling mark against the high values we set for ourselves at Oxfam. This was a case of a group of privileged men abusing those they were meant to protect. They also abused the trust of our supporters and the thousands of dedicated Oxfam staff working around the world to end poverty and injustice."

It is clear we still have not done enough to change our own culture and to create the strongest possible policies to protect people we work with globally. We are doing that now. But we must do much more and act with greater urgency: https://t.co/odiDBHOU2J

The charity's own investigation led to four people being sacked and three others resigning.

The scandal was first reported by the Times last week. The paper revealed that seven former Oxfam staff members who worked in Haiti after the 2010 earthquake were the subject of misconduct allegations that included the use of prostitutes and that the UK-based charity tried to cover up the scandal at the time.

The Oxfam scandal is now threatening to engulf other organizations. As the scandal deepens, the Sunday Times reports that more than 120 people working for various British charities have been accused of sexual abuse in the past year alone.

Oxfam had 87 cases, the largest number of any charity, but the Times also mentioned Save the Children, the British Red Cross and Christian Aid.

000000
Popular comments
Most ''charities'' are just scam organisations, who keep most of the money for themselfs (administration fees ect.), OXFAM is no exception. As for the sex allegations, wel most of these charities do these kind of things, some even worse then mentioned in this article.