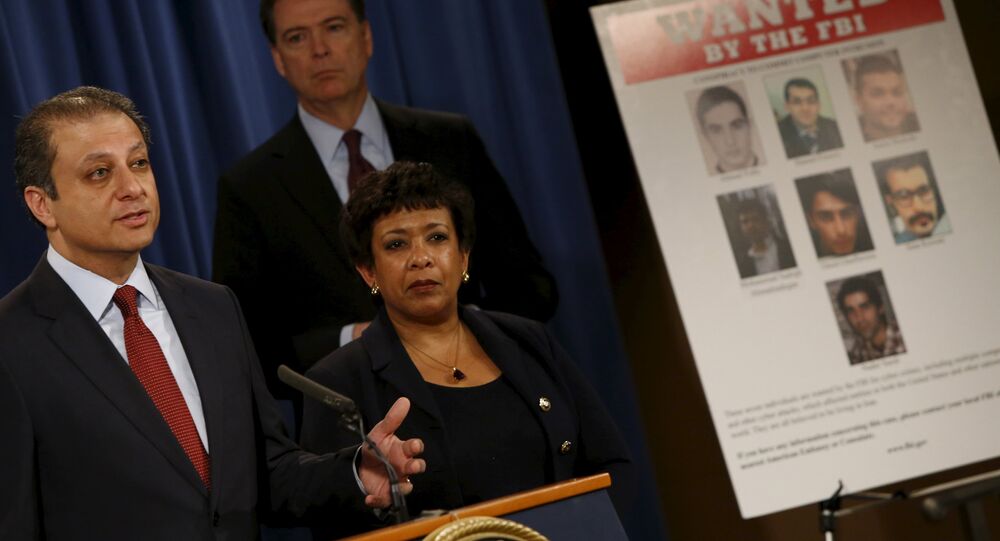 US President Donald Trump has taken to Twitter to comment on the new revelations made by James Comey on the scandal, surrounding Hillary Clinton’s emails in the run-up to the release of the ex-FBI chief's new book, Higher Loyalty: Truth, Lies, and Leadership.

Trump, who fired Comey, lashed out at the former FBI chief, calling him a “slimeball” and saying it was “unbelievable” that Comey was making decisions “based on the fact that he thought the Democratic presidential candidate “was going to win.”

Comey has revealed in an interview to promote his new book that the expectation of Hillary Clinton’s victory in the 2016 US presidential election may have affected the decisions he had made in the email probe, eventually clearing the former secretary of state of all charges.

Trump has further raised questions that “aren’t answered” in Comey’s “badly reviewed book” on the former FBI’s chief actions in the handling of the Clinton investigation.

He went on to note that Comey “throws under the bus” former Attorney General Loretta Lynch, who had a private talk with Bill Clinton in the run-up to the 2016 election. Lynch later denied she had discussed the email scandal with Clinton, who was a leading candidate in the election run, saying she and Bill were talking about grandchildren.

Comey throws AG Lynch “under the bus!” Why can’t we all find out what happened on the tarmac in the back of the plane with Wild Bill and Lynch? Was she promised a Supreme Court seat, or AG, in order to lay off Hillary. No golf and grandkids talk (give us all a break)!

© AP Photo / Patrick Semansky
Freshly Released Hillary Emails Reveal Knowledge of Security Problems
Hillary Clinton used a private server and email accounts for official business as the US secretary of state from 2009 to 2013. The FBI launched an investigation into the potential mishandling of classified information, but closed it in July 2016, clearing the then-Democratic presidential candidate of the charges. The probe was briefly reopened a few days before the November presidential election, but James Comey confirmed the agency's decision not to charge Hillary Clinton.

Twitter users were fast to react to the statements, with many being split over the issue and backing either Trump or Comey.