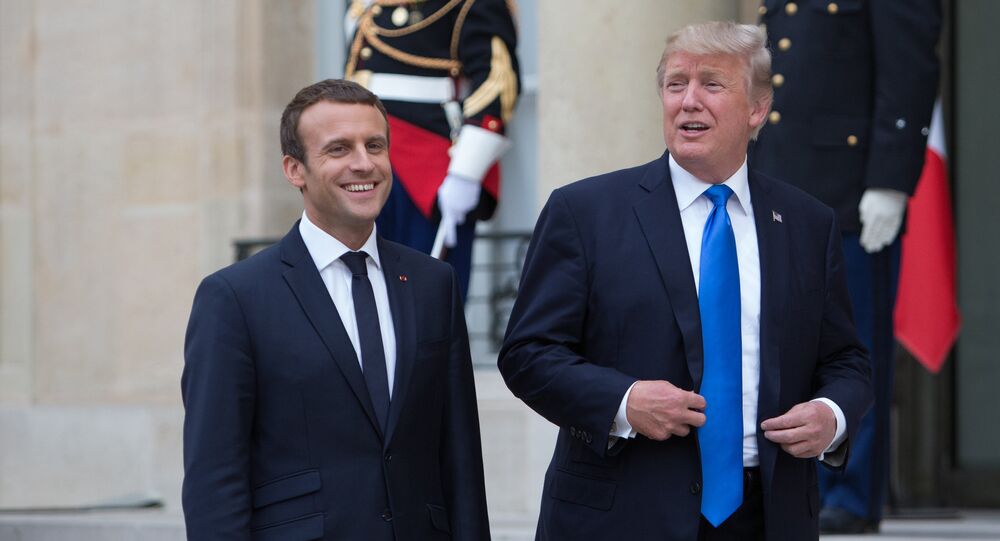 WASHINGTON (Sputnik) - US President Donald Trump and UK Prime Minister Theresa May have discussed over the telephone the issue of chemical weapons use in Syria and agreed not to let such weapons to be used, the White House said in a readout after the call.

"Both leaders condemned Syrian President [Bashar] Assad's vicious disregard for human life. The President and Prime Minister agreed not to allow the use of chemical weapons to continue," the White House said in a readout after the call.

UK Prime Minister Theresa May, US President Donald Trump and French President Emmanuel Macron have agreed that the international community needed to respond to uphold the worldwide prohibition on the use of chemical weapons. They agreed they would continue working closely together and with international partners to ensure that those responsible were held to account, according to the May's office statement.

"The prime minister held separate telephone conversations earlier today with US President Donald Trump and French President Emmanuel Macron. They agreed that reports of a chemical weapons attack in Syria were utterly reprehensible and if confirmed, represented further evidence of the [Syrian President Bashar] Assad regime's appalling cruelty against its own people and total disregard for its legal obligations not to use these weapons," the May's office statement said.

© AFP 2020 / Jewel SAMAD
US Asks UNSC to Vote on Resolution for Chemical Weapons Probe Mechanism in Syria - Source
On April, 7, reports emerged alleging that the Syrian government forces used chlorine in an attack in Douma killing up to 70 people. The United States blamed Damascus for the alleged chemical weapons use and said that it was considering all potential options in response to it.

Syrian officials have rejected the allegations and suggested that the attack was staged. It comes a year after the United States launched Tomahawk missiles at a Syrian government airbase in Idlib, in response to the reports of a chemical attack in the province, allegedly carried out by Syrian government forces.

The Russian military has noted that the information about the alleged use of chemical weapons by the Syrian government forces originated from the non-governmental organization, the White Helmets, known to have links to terrorists. The reports of an attack were used to "derail the ceasefire" in Syria, according to the Russian Center for the reconciliation of opposing sides in Syria.