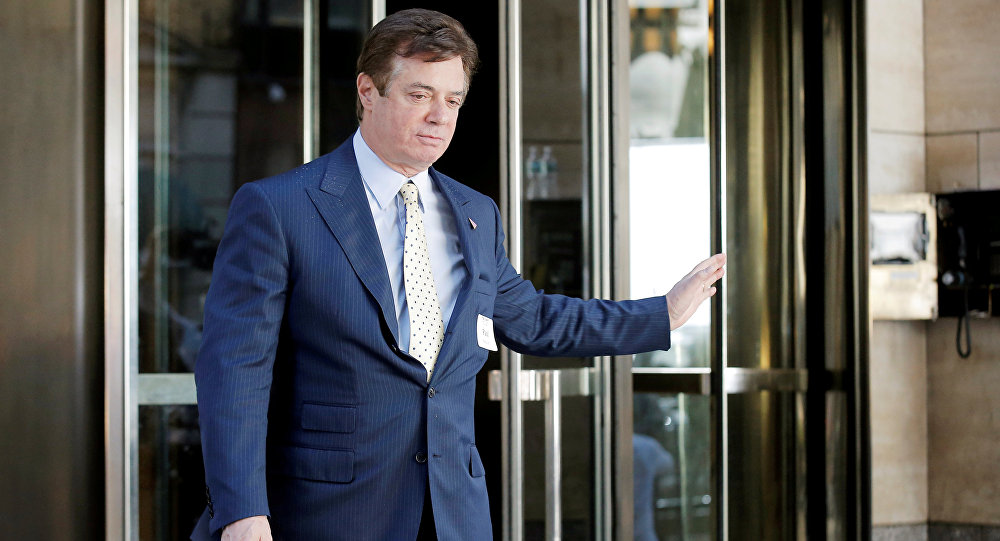 WASHINGTON (Sputnik) - President Donald Trump's former campaign adviser Paul Manafort appeared before a federal judge on Wednesday in a bid to have the criminal charges filed by Special Counsel Robert Mueller against him thrown out of court.

Manafort was seen arriving at the US District Court for the District of Columbia on Wednesday morning for his scheduled appearance before Judge Amy Berman Jackson.

The former Trump aide filed a civil lawsuit against Mueller and Deputy Attorney General Rod Rosenstein on January 3 in a bid to have the charges against him dropped.

Manafort has argued in court filings that the Special Counsel lacks the authority to prosecute the case.

But Special Counsel Robert Mueller on Tuesday filed a court document that showed that Rosenstein had given him broad authority to investigate Manafort for a variety of potential crimes, including his ties to the former government of Ukraine, including former President Viktor Yanukovych.

While you (and I) were sleeping: Mueller's office filed it's opposition to Paul Manafort's motion to dismiss the DC indictment: https://t.co/ADCKRFj3GW It included a major attachment: Rosenstein's (heavily redacted) memo laying out Mueller's authority: https://t.co/hZiUVrJTF3 pic.twitter.com/wCeQJWUHSi

​Manafort is charged with conspiracy, money-laundering conspiracy, acting as an unregistered foreign agent, and making false statements all in relation to payments he received for work done for Yanukovych.

The Special Counsel is probing allegations that Russia interfered in the 2016 US presidential election, as well as accusations that President Donald Trump's campaign team colluded with Moscow to affect the outcome of the vote.

Russian officials have repeatedly denied allegations of interference, calling the accusations "absurd." Trump has also denied any collusion between himself and the Kremlin and has called Mueller's investigation a "witch hunt."