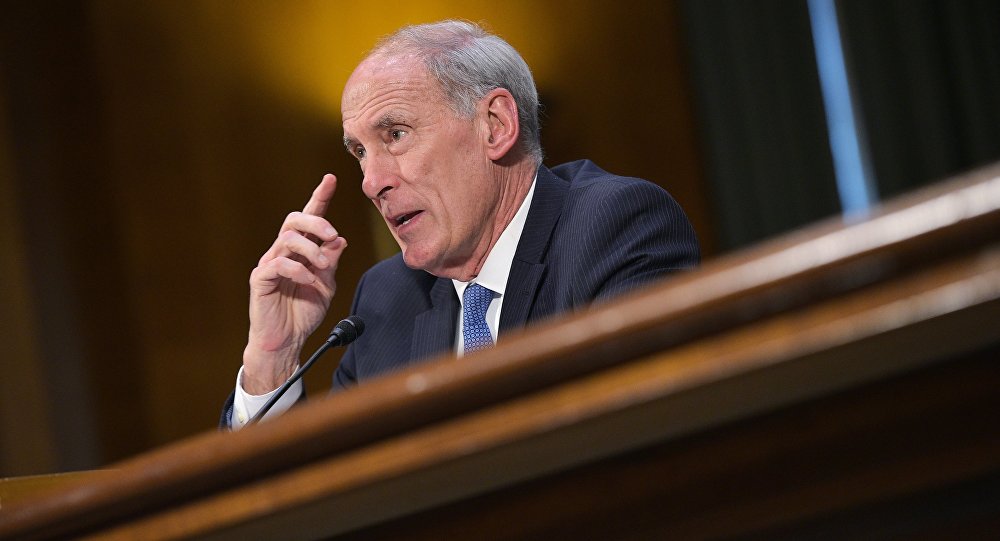 Dan Coats, the director of US National Intelligence, has promised additional measures from the US to alleged malign Russian activities.

"This is under considerable consideration and more things will be done, and soon, above where we are right now," Coats stated. "I would just stay tuned on that. I think we are more and more aware of the potential for Russia to continue to engage in any number of ways relative to our elections and a lot of steps are being taken."

The intelligence head's comment referred to the country's 2018 congressional elections.

Despite the lack of any solid proof, Washington has repeatedly accused Moscow of meddling in the 2016 US presidential election. Following these claims, refuted by Moscow numerous times, several investigations into the case have been launched since Donald Trump's victory in the presidential election.

READ MORE: US Has Not Found Evidence of Trump Campaign's Collusion With Russia

No weighty results have been achieved during the probe so far. Therefore, recently the US House of Representatives Intelligence Committee voted to end its probe into allegations of Russia's meddling in the US election and release its findings and recommendations.

READ MORE: A Log in Your Own Eye: Decades of US Meddling in Foreign Elections

Prior to that, in February, Republicans in the US House of Representatives released a memo regarding alleged abuses committed by the Federal Bureau of Investigation (FBI) and the Department of Justice (DOJ) in the "Russia collusion" probe. The document accuses FBI and DOJ officials of political bias against Trump in their investigation.

READ MORE: New Round of US Sanctions Against Russia Over Alleged Election Meddling

US Troops Pull Out From Syria

Commenting on US President Donald Trump's recent statement concerning the expected withdrawal of US forces from Syrian soil, Coats noted that the presidential administration has made a decision on the issue, adding that a statement on US involvement in Syria would soon be released  by the White House.

As Trump himself has explained, the US military presence in Syria, maintained since 2014 without either a UN mandate or the Syrian government's authorization, was more beneficial to other countries than to Washington.

Washington leads a coalition of allies in the fight against Daesh. Damascus has consistently called the US military presence in the country "illegal."